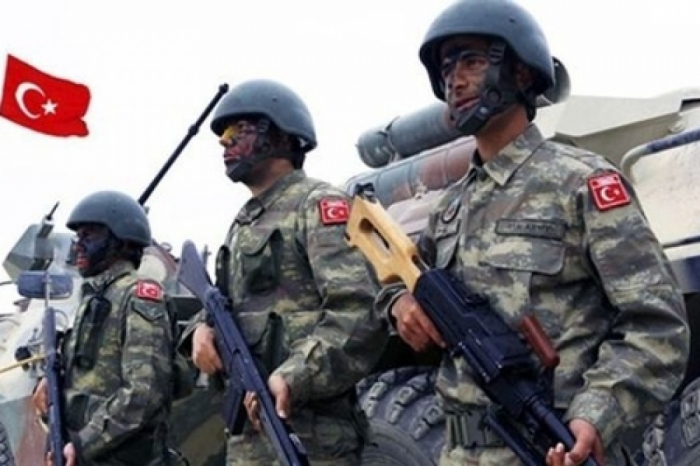 At least 33 Turkish soldiers have been martyred and tens of others injured in an airstrike by forces of the Bashar al-Assad regime in Idlib, northwestern Syria, a Turkish official said late Thursday, AzVision.az reports citing Anadolu Agency.

"There are critically wounded [soldiers following the attack], and they are being treated at hospitals," Rahmi Dogan, the governor of Turkey’s Hatay province, told Anadolu Agency.

While the initial number of martyrs was nine, it rose to 33 in the following hours, and Dogan said later there are tens of others injured but their condition is not critical and they have also been hospitalized.

Akar and other commanders are controlling the operation by ground and air support units against Assad regime targets in Idlib from a center in Turkey’s Hatay province, bordering Syria.

Following the attack, Turkish Foreign Minister Mevlut Cavusoglu spoke with NATO chief Jens Stoltenberg over the phone, according to diplomatic sources, but no information on the topic of discussion was disclosed.

But more than 1,300 civilians have been killed in attacks by the regime and Russian forces in the zone since then as the ceasefire continues to be violated.

The de-escalation zone is currently home to 4 million civilians, including hundreds of thousands displaced in recent years by regime forces throughout the war-torn country.

More than 1.7 million Syrians have moved near the Turkish border due to intense attacks.

Since the eruption of the bloody civil war in Syria in 2011, Turkey has taken in some 3.7 million Syrians who fled their country, making it the world’s top refugee hosting country.