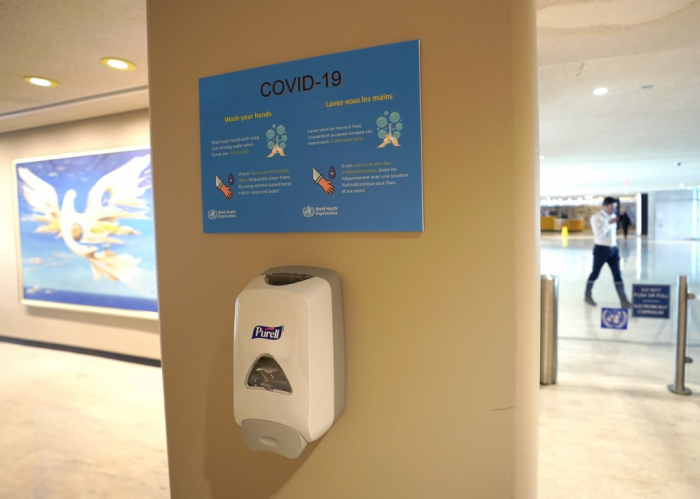 The Swiss government on Friday said it was suspending all events in the country involving more than 1,000 participants until March 15 in a bid to stop new coronavirus contagion.

"Large-scale events involving more than 1,000 people are to be banned. The ban comes into immediate effect and will apply at least until March 15th," the government said in a statement after the country registered its ninth case.

"In the case of public or private events at which fewer than 1,000 people would gather, event organisers must carry out a risk assessment in conjunction with the competent cantonal authorities to decide whether or not the event can be held".

The government said it was "aware that this measure will have a significant impact on public life in Switzerland" but added that "it should prevent or delay the spread of the disease, thus reducing its momentum".

The federal government said that the scale of the outbreak allowed it to take special powers to order measures that are normally the responsibility of Switzerland's cantons.

"The cantons are responsible for enforcing the ban," the statement said.

He told reporters that the number of cases in Switzerland was "not a surprise for us", adding: "We have to expect an increase in cases in the next few days".

Coronavirus or Covid-19 has already taken a toll on major exhibitions and other events in Switzerland.

Organisers of Geneva's international expo of fine watches said Thursday they had decided to cancel the April event because of the spread of the new coronavirus.

"In view of the latest developments concerning the worldwide spread of the COVID-19 coronavirus... the decision has been taken to cancel the upcoming edition of Watches and Wonders Geneva", said the Fondation de la Haute Horlogerie.

Earlier this month, Swatch canceled its Zurich trade show over coronavirus fears and the International Exhibition of Inventions in Geneva had been postponed until September.

Another major event, Geneva International Motor Show, scheduled to begin on March 5th, will go on despite the coronavirus spread, its organisers announced.

Read the original article on thelocal.ch.