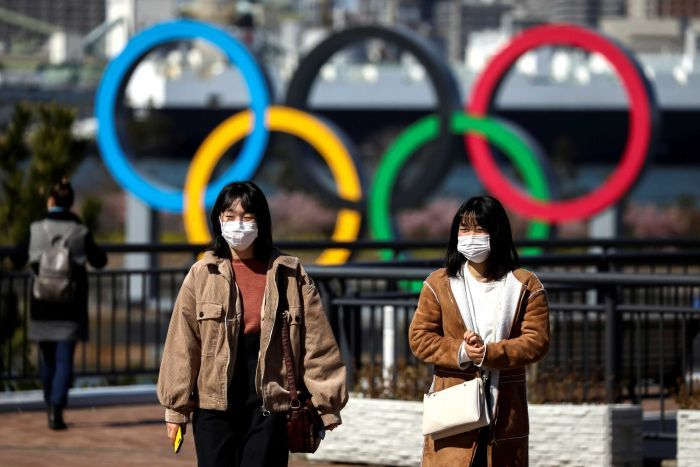 The Olympic Games and public confidence: two things Japan is desperately scrambling to hold on to in the wake of serious criticism of its handling of the coronavirus outbreak in the country.

There are growing questions about the Government's handling of the quarantine on board the Diamond Princess cruise ship, in which more than 700 passengers and crew got infected and seven people died.

And one outspoken Japanese doctor has questioned why until recently, the Government only tested hundreds of people for coronavirus each day, compared to South Korea, which is testing thousands.

In his first interview since leading the Australian Government's successful evacuation mission from the ship, Perth-based Dr Paul Armstrong acknowledged the "unprecedented, difficult situation" facing authorities but said it was clear the quarantine on board was not perfect.

"Australia was under the impression that Japan was undertaking quarantine for these passengers and it was going to be successful," he told the ABC.

"It took some time before we realised that things weren't going as well as we would have liked and we had to be cautious." Dr Armstrong said getting all willing Australians off the ship appeared to be "the right thing to do".

One hundred and sixty-four Australians got on the flight to Darwin for further quarantine. All tested negative on the ship, and yet some have since tested positive.

Dr Armstrong said he still does not understand why.

"Some who tested positive were in high-risk groups [having been in close contact with a confirmed case] but [there were] others … who weren't close contacts that we know of," he said.

He speculated that there could have been a number of pathways in which people caught it.

"[It] could be food prepared by the crew, where the quarantine was less good. Was there a breach of quarantine when people were out on deck to get fresh air?" he wondered.

"We don't know and there's some analysis that will be carried out to try to determine that."

A litany of mistakes may have allowed the virus to spread

Japanese health experts believe many of the infections occurred before the quarantine began, but they admit it was not perfect because a cruise ship is not an ideal place to try to isolate 3,700 people.

Nevertheless, there were numerous mistakes:

Professor Kentaro Iwata, a Japanese infection control expert, went on board the ship and described the situation as "chaotic".

He said that bureaucrats in charge had no clear distinction between infected and infection-free zones.

While Dr Armstrong did not agree with all of Professor Iwata's points, he agreed that the infection control was not appropriate for quarantining a lot of people on the ship.

The Japanese Health Ministry's Senior Assistant Minister Yasuyuki Sahara told the ABC the department had done its best. "We should be 100 per cent perfect and we are trying to do that," Dr Sahara said. "There were some criticisms of that but we accept those criticisms sincerely and will try to improve."