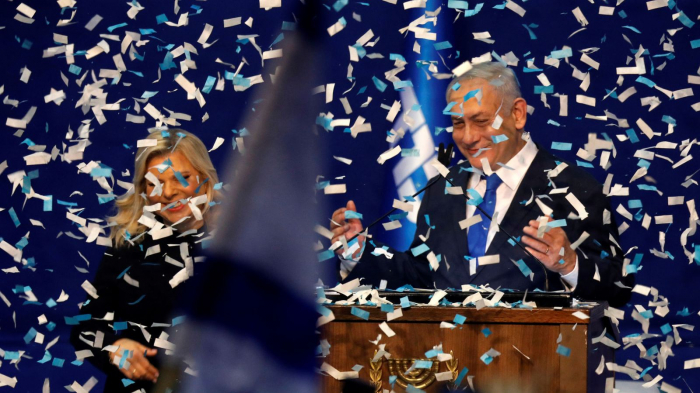 It is unclear whether the embattled leader will be able to secure a majority as he prepares to go on trial accused of corruption.

Israeli prime minister Benjamin Netanyahu has claimed victory in the country's third general election in under a year, after exit polls suggested a strong showing for his Likud party.

However it is unclear whether the embattled leader will secure a parliamentary majority as he prepares to go on trial for corruption charges later this month.

Mr Netanyahu claimed victory over his main challenger Benny Gantz, of the centrist Blue and White party, based on the initial projections by the television channels.

He said in a Twitter post early on Tuesday: "We won thanks to our belief in our path and thanks to the people of Israel."

A win for the 70-year-old politician would come after inconclusive general elections in April and September 2019.