Google, Coinbase, and Twitter are all telling some employees to work from home 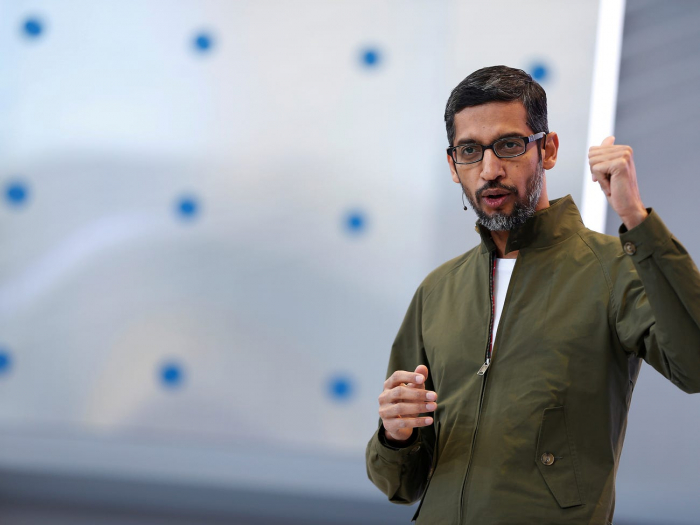 Most of Google's 8,000-strong office in Dublin, Ireland — the tech giant's European headquarters — have been told to work from home on Tuesday after a member of its staff reported flu-like symptoms. Other tech companies like Twitter and Coinbase are also following suit.

Google stressed that the day-long measure was precautionary, and in accordance with the advice of medical experts.

"We continue to take precautionary measures to protect the health and safety of our workforce, in accordance with the advice of medical experts, and as part of that effort we have asked our Dublin teams to work from home tomorrow," a Google spokesperson told Business Insider.

COVID-19, the disease caused by coronavirus, has spread well outside its place of origin in Wuhan, China since its outbreak at the end of last year. The disease, which has infected around 88,000 people around the world, with the vast majority of cases in China, is now also disrupting businesses as multinational businesses reconsider their conferences, travel, and their employees' daily commutes.

Google has been tightening up its policies after a Google employee tested positive for the coronavirus in Zurich last week. It has restricted its employee travel and cancelled Google Cloud's biggest event of the year as concerns around the outbreak grow.

Twitter is now recommending that all employees around the world, nearly 5,000 in total, work from home. The company announced its recommendation out of an "abundance of caution" in a blog post on Monday, after it suspended all non-critical travel for employees and its CEO Jack Dorsey opted out of attending the SXSW conference in Austin later this month.

"We are strongly encouraging all employees globally to work from home if they're able. Our goal is to lower the probability of the spread of the COVID-19 coronavirus for us — and the world around us," the post said.

Dorsey is already a big proponent of remote work, and hinted that the company would be taking more steps to support a more global, remote workforce earlier this year. Twitter's blog post referred back to that announcement, noting, "while this is a big change for us, we have already been moving towards a more distributed workforce that's increasingly remote."

"We're asking some employees to start working home this week," Armstrong tweeted. "Working from home is not a complete solution but it may help slow the growth of infections."

"Employees that are likely to get sick more easily or for whom getting sick would be particularly problematic should now work with their manager to move to 100% Work From Home (WFH)," Coinbase's communications document said. It also says that business travel will be restricted to "essential travel only," and travel to China, Hong Kong, Japan, Italy and South Korea will be completely restricted.

Other Silicon Valley tech companies have yet to ask its employees to work from home, but they have instituted other measures to lessen the likelihood of infection spreading. Facebook is asking its employees to stop bringing guests to work, and a Gizmodo report says Amazon is putting on-site job interviews on hold.

Meanwhile, Business Insider reported on Monday that some Microsoft employees don't feel that the company is doing enough to help employees stay safe amid the outbreak.