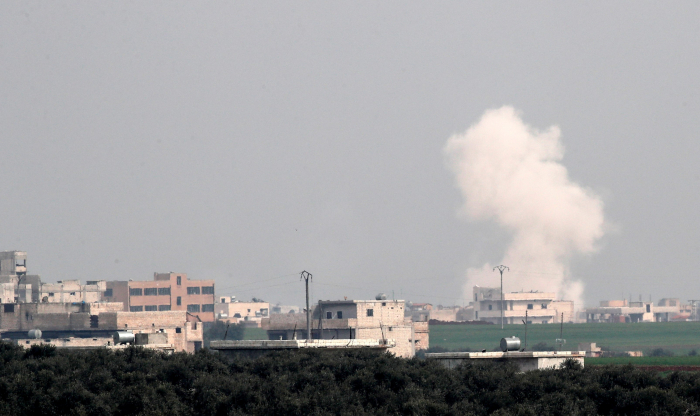 An agreement between Turkey and Russia Thursday for a cease-fire in Idlib will prevent a humanitarian crisis and reduce danger in the region, the U.S. State Department said in a statement after a meeting between President Recep Tayyip Erdoğan and his Russian counterpart Vladimir Putin.

"We support the Turkey-Russia agreement for cease-fire in Idlib, which we hope will eliminate a very dangerous situation and alleviate the terrible humanitarian crisis that was caused by the attacks of Assad’s regime, Russia, Iran and Hezbollah forces.”

The U.S stated that all sides in the conflict must adhere to this agreement. It emphasized the importance of the Bashar Assad regime and his allies to abide by the treaties they signed.

According to the statement, the only solution to the Syrian crisis is the basic principles determined within the framework of decision No. 2254 taken by the United Nations Security Council.

After weeks of tension, Turkey and Russia agreed Thursday to continue their cooperation in the northwestern Syrian province of Idlib, declaring a cease-fire while expressing an intention to provide a new status quo for the war-torn province.

Turkey and Russia reached the agreement during a meeting between Erdoğan and Putin in Moscow.

The cease-fire began at midnight Friday.