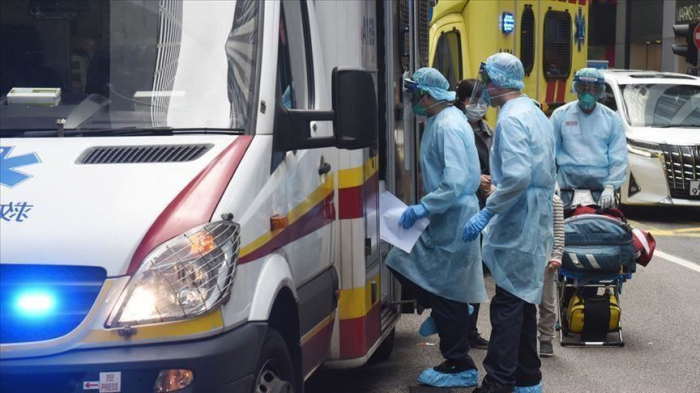 At a briefing on Saturday, Jerome Salomon, the head of France’s public health service, said 45 people have been hospitalised in intensive care, six more than when the last summary was issued Friday.

The National Assembly did not name the legislator who recently caught the disease, but said the third case was a female parliamentarian.

A legislator from the eastern Alsace region was hospitalised in intensive care on Thursday after contracting the disease and a snack bar worker in the National Assembly building had also caught the virus.

The jump in infections in France mirrored the global trend with the more than 100,000 cases worldwide, according to the World Health Organization (WHO).

In France, the virus has circulated with greater intensity in some areas, notably the northern Oise and the northeastern Haut-Rhin departments, where schools, nurseries and kindergartens will be shut for two weeks starting Monday.

France has nevertheless maintained its coronavirus alert level at stage 2, since the virus was present in some areas and not across the country. But echoing French President Emmanuel Macron, Prime Minister Édouard Philippe recognised that France would inevitably move into stage 3 in the coming weeks.

On Friday, Macron urged the French to limit visits to elderly people, who are most vulnerable to a coronavirus infection.

Macron admitted this could prove "heartbreaking" at times but said the measure was simply one of common sense.

He emphasised that young people should not be visiting the old because "as we know, they (the young) transmit the virus a lot".

Those who died in France so far have been old with pre-existing conditions.

The French president shook up his agenda last week to include a visit to an old age home, where he stressed his government’s commitment to helping those most vulnerable to the disease.

"Our absolute priority is to protect the people who are the most fragile in the face of this virus," Macron said. "The nation is behind our old people.”

In a sign of the growing concern over the French figures, the EU parliament announced that the venue for next week's session would be switched from Strasbourg in eastern France to the parliament’s second chamber in the Belgian capital, Brussels, which has been closed to the public.

"The situation related to the spread of the infectious disease caused by the novel coronavirus COVID-19 has evolved over the last few days and hours. In particular, new infection clusters have been confirmed and case numbers are rising," Parliament President David Sassoli said in a statement.

"The necessary security conditions are not in place for the usual transfer of the European Parliament to Strasbourg for the plenary session next week," he added.