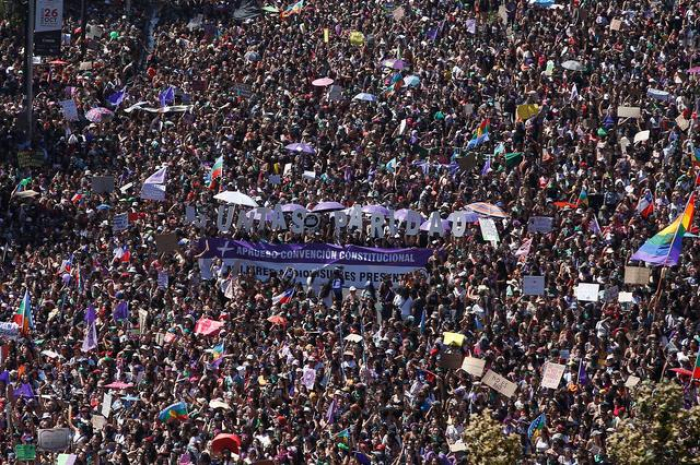 Hundreds of thousands of women across Latin America’s biggest cities flocked to the streets for International Women’s Day on Sunday, with anger over inequality, femicide and strict abortion controls boiling over into sporadic violence.

As Women’s Day events unfolded worldwide, with women donning purple to symbolize feminism, the Latin American marches were set against a backdrop of broader social unrest in the region.

Police said 150,000 protesters gathered in Chile’s capital of Santiago, and another 40,000 marched elsewhere in the country. Many carried signs calling for access to abortion and an end to violence against women. Organizers said the number of protesters was much higher.

“We are a generation of women that has woken up. We are not afraid to speak out and struggle,” protester Valentina Navarro, 21, told Reuters while marching in Santiago. She and a group of friends accompanying her had green bandannas around their necks, a symbol of support for abortion rights.

Incidents of violence were reported as demonstrators confronted police near government offices. Nineteen police were injured, authorities said, and 16 people arrested in the disturbances. Other Chilean cities saw protests as well, with 1,700 police officers deployed nationwide for crowd control.

Broader protests in Chile against social inequality began last October and at their peak included more than 1 million people.