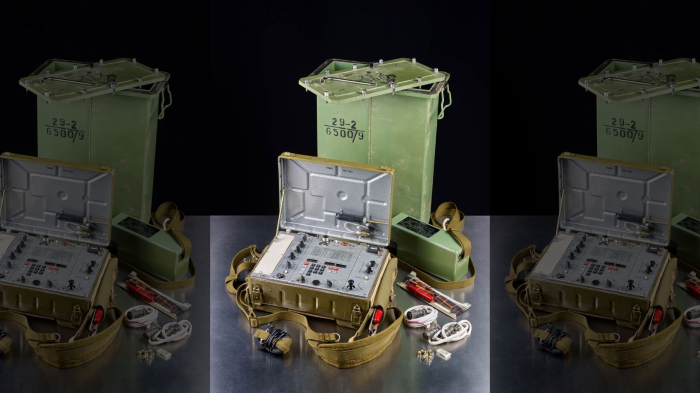 A Soviet spy radio has been discovered in Germany by archaeologists searching for Roman remains.

The Soviet radio “testifies to agent activity in the Cold War,” according to a statement emailed to Fox News by the Rhineland Regional Association (LVR). The radio was discovered in August 2019 in the Hambach forest area near Cologne, in what was formerly West Germany, LiveScience reports.

Officials say that the original short-wave radio, which was manufactured in 1987, had a range of 1,200 kilometers (746 miles). Although built in Russia, the radio is labeled in English, not Cyrillic, in an attempt to disguise its origins. Additionally, Western radio operators in espionage operations for the Warsaw Pact countries often did not speak Russian, LVR explained.

The area where the radio was found offers an important clue to its intended use during the Cold War. “The location, which is remote from today's perspective, is explained by its proximity to a U.S. nuclear weapons base in Nörvenich,” explained LVR, in its statement.

Citing German Military Counterintelligence, LVR reports that the radio may have been deployed by Soviet Military Intelligence (GRU) or East German agents, possibly working for the infamous Ministry for State Security or Stasi. “The location in a remote piece of forest corresponds to the recommendations of the Stasi for a ‘conservation hiding place’ for replacement devices,” LVR said in its statement. “Only one kilometer away was a Pershing launch base for the U.S. nuclear weapons stored at Nörvenich Air Base.”

Since East Germany’s files on espionage have largely been destroyed, the radio’s discovery provides important insight into Cold War activity in West Germany.

The area where the radio was found has been earmarked for the site of an opencast mine and reportedly cleared of trees. LiveScience notes that the mysterious artifact was found during a dig to locate an ancient Roman villa. The radio will be on display at the LVR-LandesMuseum in the city of Bonn until March 29.

Discoveries from the Cold War era continue to be a source of fascination. Experts, for example, have been uncovering new details of Soviet bunkers that once housed nuclear warheads hidden deep in Poland’s forests.

Last year a message in a bottle that was cast into the ocean from a Soviet ship 50 years ago washed ashore on a remote Alaskan island.