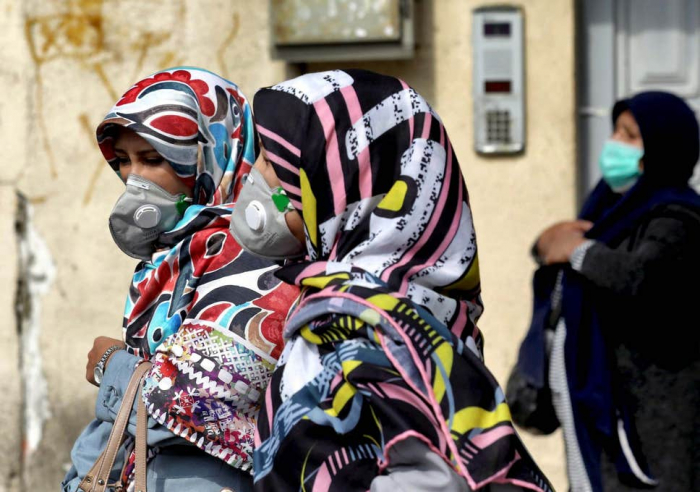 Countries across the Middle East have begun closing their borders as the number of cases in the region soared past 8,600, with the vast majority within Iran.

Iran on Tuesday recorded a sudden leap in coronavirus deaths with 50 more fatalities, as Saudi Arabia shut off air and sea travel to 14 counties to stem a spike in cases there.

Iranian Health Ministry spokesman Kianoush Jahanpour said 54 people have died, pushing the death to 291 – an 18 per cent increase from the day before.

Some 8,042 COVID-19 cases have now been recorded in the country, he added, saying “the rate of spreading disease is still rising.”

The kingdom had earlier closed off its land borders as well.

“Out of concern to protect the health of citizens and residents and ensure their safety, the kingdom’s government decided to temporarily suspend the travel,” it said in an interior ministry statement.

Abu Dhabi’s long-haul carrier Etihad, which operated 12 flights daily to Saudi Arabia, said three flights had been airborne at the time of the Saudi announcement.

Only Saudi citizens were permitted to disembark when the planes landed in Dammam, Jeddah and Riyadh, with the rest of the passengers having to return to Abu Dhabi, the airline said.

Jordan's health minister also announced on Tuesday the country was closing its border crossings with Israeli-occupied West Bank, and banned travel to Lebanon and Syria because of the outbreak.

It comes after Israel all but sealed off the country, saying all returning Israelis will from Thursday have to self-quarantine for 14-days regardless of whether they travelled from and foreigners will only be permitted entry if they can prove they can also self-isolate.

At least 58 people have been infected by the virus, according to Israel’s health ministry.

On Tuesday, the Israelis shuttered Erez border crossing with Gaza for all traffic bar humanitarian cases. The exceptional move will have a massive impact on Gaza residents who work in Israel or have family in the West Bank.

The Palestinian authorities, meanwhile, placed further travel restrictions in West Bank and put Bethlehem on lockdown, as the cases there rose to 25.

In Iraq, the authorities ordered the closure of the Najaf province, home to holy Muslim Shia sites, for non-residents for a week to prevent the spread of the coronavirus.

At least seven people have died in the country and 50 cases have been officially recorded.

Iraq’s cabinet also called on citizens to avoid travelling outside the country and commuting between its provinces, according to local news reports.

Egypt, meanwhile, has suspended prison visits nationwide for 10 days as well as mass gatherings as the number of cases there rose to 59.  There were media reports that they may ban the smoking of shisha pipes to prevent the spread of infection.

In Kuwait, the authorities closed all cinemas and wedding halls.

Supreme Leader Ayatollah Ali Khamenei announced that all Iranian doctors and nurses who die combating the disease will be considered “martyrs” like slain soldiers, meaning their loved ones could receive payments and benefit from the state.

It also bestows religious importance on those fighting the virus in the Shia theocracy, which experts fear may be under-reporting the total number of cases.

Concerned by the soaring death toll, the United Nations Special Rapporteur on Human Rights in Iran asked the country to temporarily release all prisoners including dual and foreign national saying that it is “unfortunate and disturbing” to have political prisoners locked up amid the outbreak.

There are thought to be at least six Britons jailed in Iran including British-Iranian charity work Nazanin Zaghari-Ratcliffe, who has been behind since 2016 and who has shown symptoms of the virus. Iranian authorities have insisted she is in good health.

“A number of dual and foreign nationals are at real risk, even if they have not [got coronavirus] they are really fearful of the conditions,” Javaid Rehman told journalists in Geneva on Tuesday.

“This is also my worrying concern and therefore I have recommended to the state of the Islamic Republic of Iran to release all prisoners on temporary release,” he said.

The day before the Iranian authorities temporarily freed about 70,000 prisoners to combat the spread of the coronavirus in jails, the head of the judiciary said.

Panic in Iran has sparked rumours that alcohol could cure the deadly disease in Ahvaz, the capital of southwestern Khuzetsan Province.

Alcohol is banned in Iran, but bootleg makers sold fake liquor as a cure to desperate citizens killing 36 people, who died from alcohol poisoning, the official IRNA news agency reported.