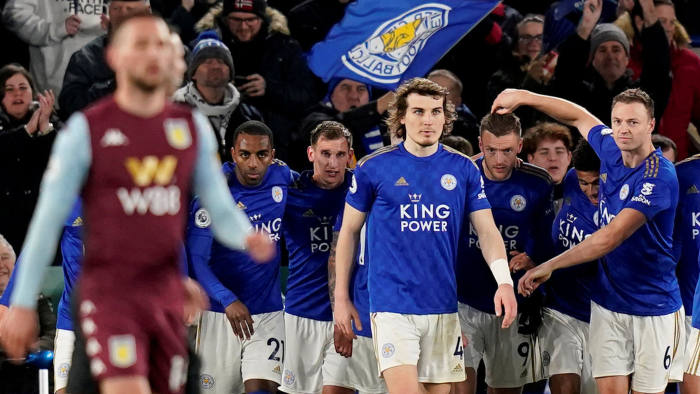 The Premier League season has been suspended until 3 April because of the coronavirus pandemic.

The Premier League called an emergency meeting with its clubs on Friday morning regarding this season’s remaining fixtures, before an official announcement was made at 11am.

The Premier League is the last major top-flight European league to either shut down or close its doors because of the coronavirus pandemic.

Top-flight divisions in Spain, Italy, Portugal, the Netherlands and Ireland have all been suspended, while the German Bundesliga and France’s Ligue 1 are being played behind closed doors.

Numerous Premier League teams have been impacted by the global spread of Covid-19. Arsenal on Thursday confirmed that their first team squad and coaches would self-isolate after their manager, Mikel Arteta, tested positive for coronavirus.

Everton announced on Friday that their entire first-team squad was in isolation after one player reported symptoms 'consistent with coronavirus', while Bournemouth later announced that five of their employees, including first-team goalkeeper Artur Boruc, were self-isolating having also displayed coronavirus symptoms.

Manchester City defender Benjamin Mendy is self-isolating after a member of his family fell ill, while three Leicester City players have undergone tests for the disease.

When asked on Thursday whether the Premier League should be suspended, Leicester City manager Brendan Rodgers said: “There is absolutely no doubt, from a logical perspective. There's the public health and ethical side as well.

“Players could be going into games and they could be unclear if opposition players are infected. You think of how it all connects with the throw-ins.

“Ultimately there should be no risks taken in the public's health which is key.”

Earlier on Friday, Uefa announced that Champions League and Europa League matches due to be played on the 17 and 18 March have been postponed. The draws for the next round, due to take place on the 20 March, has also been postponed.

And the England cricket team’s Test series against Sri Lanka was postponed because the coronavirus pandemic.