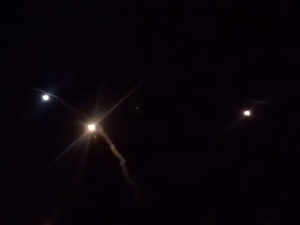 The military found seven rocket launchers and 24 unused rockets in the nearby Abu Izam area, it said in a statement, and promised to arrest those responsible.

The military said the U.S. or other foreign forces should not use the attack as pretext to take military action without Iraq’s approval. It called on all foreign troops to quickly implement a parliamentary resolution calling for their withdrawal.