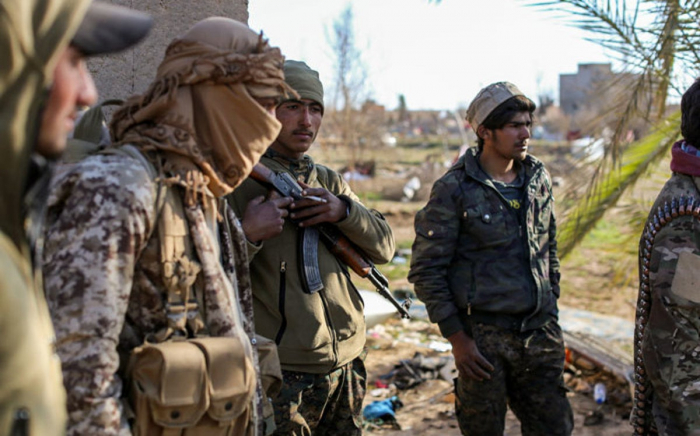 At least 384,000 people have died in Syria, including more than 116,000 civilians, since the war began in March 2011, the Syrian Observatory for Human Rights said on Saturday, AzVision.az reports citing AFP.

Sparked by deadly repression of peaceful pro-democracy protests, the conflict has drawn in outside powers in a complex war involving rebel factions, jihadist groups and foreign interests.

As the war enters its 10th year, the government of President Bashar al-Assad now controls more than 70 percent of Syrian territory, thanks to the military support of its allies Russia, Iran and Lebanese militant group Hezbollah.

The conflict is the "worst man-made disaster since World War II," the United Nations human rights chief declared in 2017.

The war has destroyed the economy and caused more than 11 million Syrians to flee their homes.

According to the Observatory, which relies on a network of sources in Syria, the latest death toll includes about 22,000 children and 13,000 women.

At least 129,476 Syrian soldiers, allied forces and militiamen have died, according to the Britain-based war monitor, including 1,697 members of Hezbollah.

Nearly 57,000 rebels have died, as well as 13,624 members of the Kurdish-led Syrian Democratic Forces, which spearheaded the US-backed campaign against the Islamic State group, the Observatory said.

The Observatory tallied 67,296 deaths among jihadists loyal to IS or to Hayat Tahrir al-Sham, an alliance led by a former Al-Qaeda affiliate that dominates the last rebel enclave in the Idlib region in the northwest.

After recent government advances, Idlib province is the last battleground between government forces, and the jihadists and their rebel allies.

Damascus launched an offensive to take the region in December, causing close to one million people to flee, according to the United Nations, before Ankara and Moscow negotiated a ceasefire earlier this month.

Tens of thousands of people have been subject to forced disappearances by the government or a myriad of armed groups, NGOs report.

The war has destroyed infrastructure and crucial sectors of the economy including the oil industry.