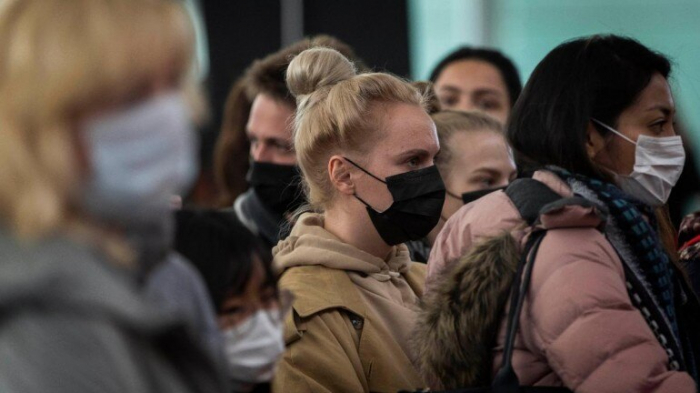 Australia will impose 14-day self-isolation on international travelers arriving from midnight Sunday and ban cruise ships from foreign ports for 30 days, mirroring restrictions in nearby New Zealand aimed at slowing the spread of the coronavirus.

The strict measures were designed to slow the spread of the global pandemic across Australia and help the country “flatten the peak” of the virus, Morrison told a news conference.

“To help stay ahead of this curve, we will impose a universal precautionary self-isolation requirement on all international arrivals to Australia and that is effective from midnight tonight,” he said.

“Further the Australian government will also ban cruise ships from foreign ports from arriving at Australian ports for an initial 30 days.”

The new border restrictions come as Australia recorded more than 250 cases of coronavirus and three deaths.

As of mid-March, COVID-19, the deadly respiratory illness caused by the coronavirus, has infected 156,00 people globally and killed more than 5,800.

The bans mean foreign nationals who have been in any of the four nations will not be allowed into Australia for 14 days from the time they left those countries.

Australian citizens and permanent residents traveling from those countries will still be able to enter Australia but must self-isolate for a fortnight after returning home.

Qantas Airways said it would give passengers on all Qantas and Jetstar flights the option to cancel and receive travel credits, while Virgin Australia said it was assessing how it could best support its customers.

Australia has advised against non-essential gatherings of more than 500 people from Monday, but this is yet to apply to schools and universities.

Morrison on Sunday urged people to practice “social distancing”, such as keeping a meter (three feet) apart and not to shake hands, in order to reduce transmissions.

He said the rate of community transmission had started to increase and that social distancing would help limit demand on the healthcare systems, which would mean better treatment for elderly and those in remote and vulnerable communities.

“Slowing the spread will free up beds,” he said.

“That’s what happens when you get this right and we’ve seen other countries going down this path.”


Neighboring New Zealand on Saturday said it would require incoming travelers, including its own citizens, to self-isolate for two weeks and banned cruise ships.

The Australian government is yet to restrict the operation of schools, but earlier on Sunday the Health Minister Greg Hunt did not rule out such a measure in the coming months.

The new phase of restrictions come as the Australian government launches a multi-million-dollar advertising campaign focused on good hygiene, and the formation of a Coronavirus Business Liaison Unit to address the economic fallout.