Why people are panic buying toilet paper, according to an expert 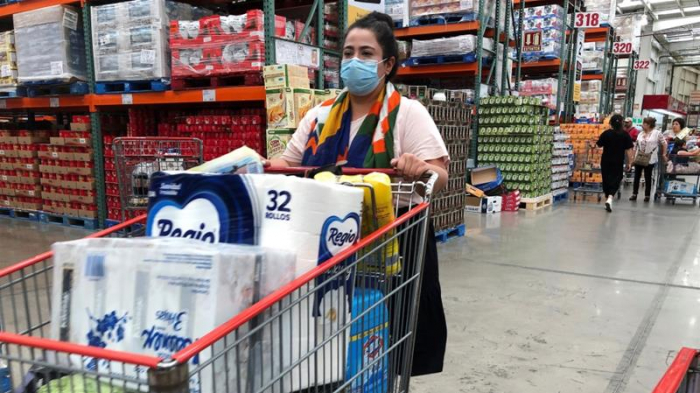 People around the world are reacting to the new and dangerous threat of the coronavirus in their own unique ways. But there is one response that has seemingly transcended borders and cultures: the panic buying of toilet paper.

Images of people fighting in supermarkets to grab armfuls of loo roll have spread across social media. In Australia, the UK and the US — to name a few — masses of people are rushing to stock up.

But few people have come up with a good reason for the stockpiling — even those taking part. The explanation is more complicated than might first appear, according to the professor who literally wrote the book on the psychology of pandemics.

“Why toilet paper? It doesn’t seem logical, does it? Because it’s not gonna stop you from getting infected,” said Dr Steven Taylor, author of the 2009 book 'The Psychology of Pandemics'.

“One thing that happens during pandemics, when people are threatened with infection, is that their sensitivity to disgust increases. They are more likely to experience the emotion of disgust and are motivated to avoid that,” he told The Independent.

“Disgust is like an alarm mechanism that warns you to avoid some contamination. So if I see a hand railing covered in saliva I’m not gonna touch it, I’m gonna feel disgust. And that keeps us safe.

“So there is a very tight connection between fear of getting infected and disgust. And what better tool for eliminating disgusting material than toilet paper. I think this is how it became a conditioned symbol of safety,” he said.

Stockpiling of general items can be partly explained by people’s need to feel like they are prepared, according to Dr Taylor, who is a professor and clinical psychologist at the University of British Columbia.

“When you’re presented with a pandemic, a big new, scary thing, and the government is telling us that we don’t need to do anything special to deal with it — just wash your hands and so on — people feel the need to do something to prepare. So people are stocking up as a way of preparing themselves. When people do that, it's inevitable that some people are going to over shop.”

The potency of toilet paper as a symbol of preparedness and safety is given an added by social media — there is a snowballing effect.

“For a start, toilet paper – it’s big and bulky and distinctive, so people notice it more. And then it starts to acquire an increasing psychological value to people. It’s interesting when you talk to these shoppers when they leave the grocery store with arms full of toilet paper, and you ask them why they are doing it, some of them say: ‘I don’t know, everyone else was.’

“Fear is very contagious. So when those sorts of things go viral, when you see people around you buying things in a panicky way, it’s going to make you feel more anxious. We pick up cues from other people,” he explained.

There is a historic precedent for stockpiling during pandemics, too. During the 1918 Spanish influenza outbreak people hoarded stocks of Vicks VapoRub, according to Dr Taylor.

Alas, neither VapoRub or toilet paper will do much to stop the spread of the coronavirus.