749,000 people remain in areas impacted by fighting in, around Tripoli: UN 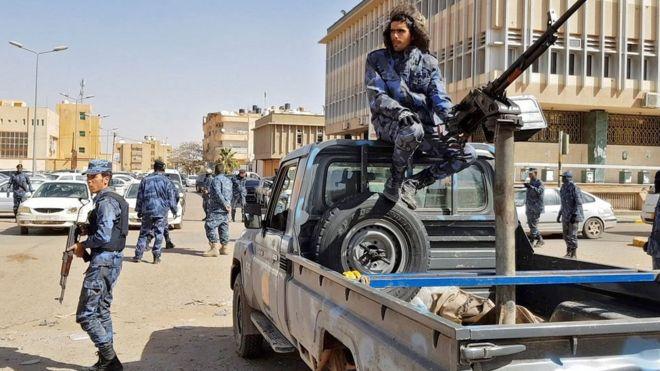 "Around 749,000 people remain in areas impacted by fighting in and around Tripoli, according to estimates, including almost 345,000 people in frontline areas," Stephane Dujarric, spokesman for UN Secretary-General Antonio Guterres, said at the daily news briefing.

"On March 13 and 14, heavy artillery shelling on the al-Nawasi (armed group) base in Soug al Juma'aa (area) impacted a nearby residential area, reportedly injuring two civilians and causing heavy damage to civilian infrastructure," he said.

Humanitarian organizations continue to call on all parties to abide by their obligations under international humanitarian law to protect civilians and civilian infrastructure and to avoid the use of explosive weapons in populated areas, given their likely indiscriminate effects, said the spokesman.

"Humanitarian partners are helping people affected by the fighting in Tripoli and surrounding areas, as well as other parts of the country, where access and capacities allow," he said.

"Humanitarian operations reached more than 400,000 people with assistance in 2019, including 95,000 people affected by fighting in and around Tripoli," Dujarric added.