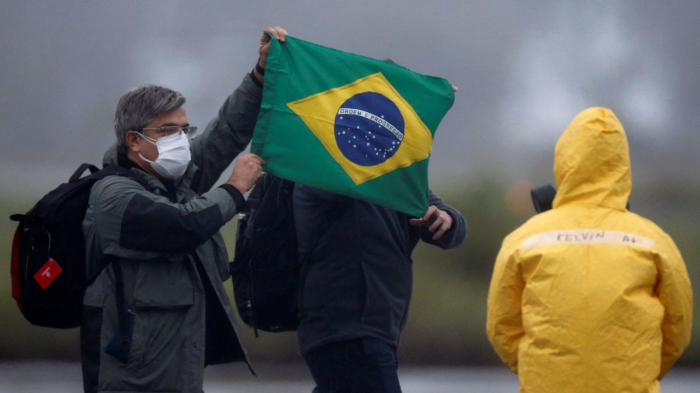 He was diabetic and had high blood pressure, TV network Globo News reported.

"Unfortunately, this shows how severe this pandemic is, despite what some would like to believe," Sao Paulo mayor Bruno Covas told CBN radio.

The city of Sao Paulo and state of Rio de Janeiro -- which includes the city of the same name -- declared states of emergency in a bid to contain the virus.

Measures included closing Rio's iconic Christ the Redeemer statue and the cable car to Sugarloaf Mountain, two of the city's most famous attractions.

Sao Paulo eased regulations on government purchases of all materials linked to containing the virus -- including hand sanitizer, now mandatory on public transportation.

Rio ordered restaurants to reduce the number of tables by 70 percent to increase distance between patrons, closed stores in shopping malls and halved the number of public transport vehicles in circulation, calling on people to remain home when possible.

On Friday, the state had already closed schools, theaters and cinemas for at least 15 days.

Rio Governor Wilson Witzel has also ordered people off the city's beaches, deploying firefighters with loudspeakers to encourage them to go home.

Brazil -- the biggest country in Latin America, with 210 million people -- has confirmed 234 coronavirus cases, concentrated in Sao Paulo and Rio.