Universal's new movies will be available for at-home viewing 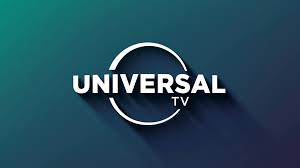 In a stopgap move that analysts said would likely be duplicated soon by other big Hollywood studios, Universal’s new releases will be available for at-home and theatrical viewing on the same day starting with the April 10 release of the animated feature “Trolls World Tour”, parent company NBCUniversal said.

Universal films already released in theaters — such as the horror flick “The Invisible Man” and the satirical thriller “The Hunt” — will be available for digital rentals as soon as Friday, March 20, according to a news release.

Films from Universal and its Focus Features specialty label will be available to rent online for 48 hours at a suggested retail price of $19.99, NBCUniversal said. They’ll be offered by NBCUniversal’s sister companies Comcast and Sky as well as several “on-demand partners,” according to the company.

The move comes as U.S. theaters nationwide are shutting their doors after President Donald Trump set new guidelines against gatherings of more than 10 people. The coronovirus pandemic is spreading across the United States where more than 100 people have dead from the virus and some 5800 cases have been recorded overall.