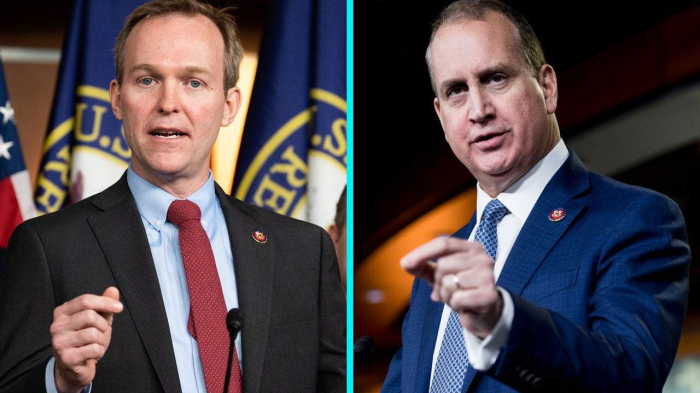 Two members of the U.S. Congress said Wednesday they had tested positive for the coronavirus — the first lawmakers to contract the deadly disease — forcing other lawmakers who came into contact with them to announce they were self-quarantining, AzVision.az reports citing the Washington Post.

Reps. Mario Diaz-Balart (R-Fla.) and Ben McAdams (D-Utah) said they began developing symptoms on Saturday evening, less than 24 hours after they had stood on the crowded House floor and voted for the coronavirus relief package.
Shortly after their announcement late Wednesday, House Minority Whip Steve Scalise (R-La.), who is No. 3 in the GOP leadership, and deputy whips Rep. Drew Ferguson (R-Ga.) Rep. Ann Wagner (R-Mo.) said they would be self-quarantining because they had been in contact with one of the infected congressmen.

Scalise, who was critically wounded in a shooting in Alexandria, Va., during a congressional baseball practice in 2017, said he had a long meeting with Diaz-Balart last week. Ferguson and Wagner didn’t identify which lawmaker they had been in contact with, though Wagner said she had also been in a meeting with the person. It’s likely they were all in the same meeting.

Scalise, Ferguson and Wagner said they had consulted with Congress’s attending physician.
That Diaz-Balart and McAdams began feeling sick and tested positive so soon after the House adjourned early Saturday morning raises questions about how contagious they were during their time on Capitol Hill last week.

More than a dozen members of Congress have already proactively self-quarantined after coming into contact with someone who tested positive for the virus. At least two congressional staffers have tested positive.
The fast-moving developments Wednesday complicate the House’s plans to return sometime next week from its recess to vote on the next stimulus package related to the health and economic crisis.

House Speaker Nancy Pelosi (D-Calif.) sent members of Congress a statement from the attending physician’s office that explained the steps being taken to determine at-risk lawmakers and staff. The communication said that contact on the House floor with the infected lawmakers “would be considered to be low risk exposures and no additional measures are required other than for them to report any illness should they become ill.”

Diaz-Balart, 58, decided to self-quarantine at his Washington apartment rather than return to Florida after the vote because his wife has an illness that makes her high-risk if she contracted the disease, his office said.

“I want everyone to know that I am feeling much better. However, it is important that everyone take this extremely seriously and follow CDC guidelines in order to avoid getting sick and mitigate the spread of this virus. We must continue to work together to emerge stronger as a country during these trying times,” Diaz-Balart said.

“On Tuesday, my doctor instructed me to get tested for covid-19 and following his referral, I went to the local testing clinic for the test,” he said, referring to the disease the virus causes.

In announcing his illness, McAdams urged his constituents to take the threat seriously and follow health experts’ guidance.