Italy coronavirus deaths rise by 651 in a day, lifting total death toll to 5,476 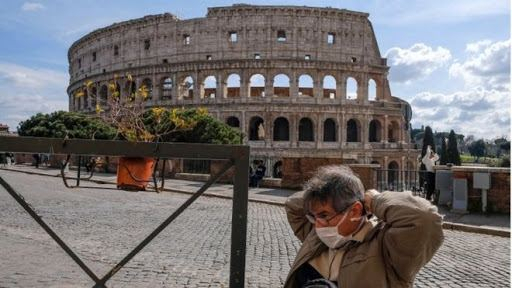 The death toll from an outbreak of coronavirus in Italy has risen by 651 to 5,476, officials said on Sunday, an increase of 13.5% but down on Saturday’s figure when some 793 people died, AzVision.az reports citing Reuters.

The total number of cases in Italy rose to 59,138 from a previous 53,578, an increase of 10.4%, the Civil Protection Agency said — the lowest rise in percentage terms since the contagion came to light on Feb. 21.

Of those originally infected nationwide, 7,024 had fully recovered on Sunday compared to 6,072 the day before. There were 3,009 people in intensive care against a previous 2,857.

The hardest-hit northern region of Lombardy remained in a critical situation, with 3,456 deaths and 27,206 cases against a previously given 3,095 and 25,515 respectively.