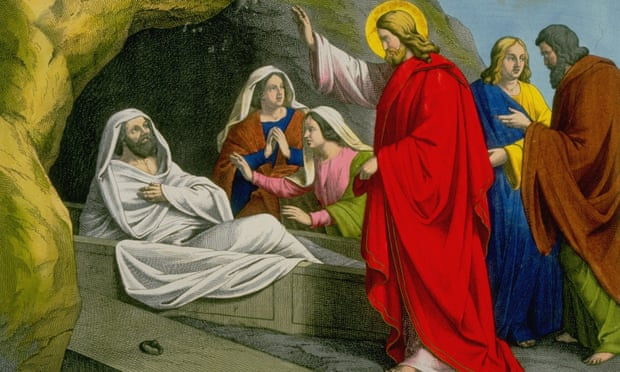 For those seeking a miracle, it is option two on the menu. Forced by the coronavirus pandemic to shut up shop, the Museum Catharijneconvent in Utrecht is offering a taste of its latest exhibition on miracles and their depiction in art through a phone line, the Guardian reports.

Option one for callers is to hear all about a miracle experienced by a staff member, Simone, who survived the 2004 tsunami in the Indian Ocean. Option three is for callers to record their own description of a miraculous experience on the museum’s website to be potentially showcased in the exhibit.

But in these troubling times, it might be that option two on the hotline – the chance to request one’s very own supernatural event – will prove the most popular. “Do you want to experience a miracle?” callers are asked.

“It was just a bit of a joke before the coronavirus,” said Rosa van der Wielen, a spokeswoman for the museum. “But it would be very nice now if people put their requests on the website, that would be a very good idea.”

It is yet to be seen how many people avail themselves of the option in the weeks and months to come. Some technical problems temporarily put the line out of action on Thursday, but the subject matter of the museum’s exhibition may feel prescient to many.

The All Wonders exhibition was due to be opened to the public at the end of this month but its launch has been delayed until June at least in light of the global measures to try to halt the spread of Covid-19.

The lack of firm evidence of the existence of miracles obliged the museum to retain a healthy scepticism. Artworks included in the exhibition include depictions of Lazarus in both an etching by Rembrandt and a life-size painting by the 17th-century painter Carel Fabritius. Visitors can watch a clip from the music video of Lazarus by David Bowie, a track recorded shortly before his death in 2016.

But the museum had wanted to explore all avenues, including “miracles” whose authenticity had been questioned.

The curators explored whether it was possible to include a 1937 painting, The Holy Virgin of Welberg by Wijnand Geraedts, depicting Janske Gorissen, a young woman from the Dutch village of Welberg.

Gorissen had claimed to have had visions of Mary and the archangel Gabriel in the 1930s. Her bedroom became a site of pilgrimage to thousands but due to growing doubts over the story, a Vatican commission in 1951 eventually concluded that no miracle had occurred.

“Unfortunately, the bishop of Breda has put the painting and all archive documents of this case under lock and key,” one of the curators, Marije De Nood, told De Volkskrant newspaper. “No one is allowed to see the painting.”

A second controversial miracle is thoroughly explored, however. In the early 1930s, five young children from Beauraing, a city in Belgium, claimed to have seen the Virgin Mary. They appeared to go into ecstasy when they prayed.

To test whether the children were lying, doctors put a burning match on the hand of Gilberte Degeimbre, who at the age of nine was the youngest girl in the group

Degeimbre was said not to have suffered any burns and the bishop of Namur confirmed the supernatural nature of the experience in 1949. Degeimbre died in 2015, at the age of 92. The clothes she had worn as a child will be part of the show.