First baby dies in the US after coronavirus diagnosis 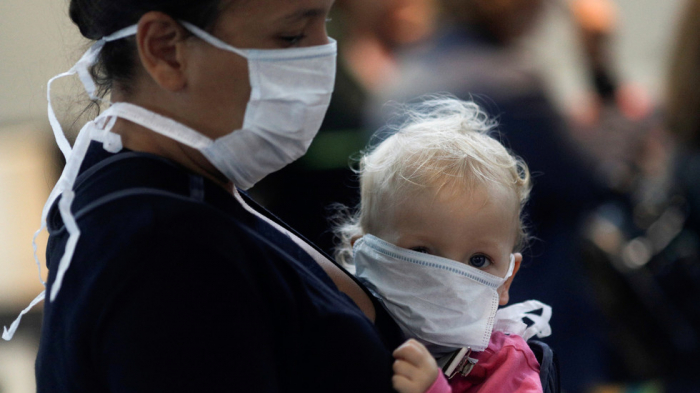 An infant younger than one year old has died in Chicago, after testing positive for the Covid-19 coronavirus. The child is possibly the first infant in the US to die of the deadly disease, Azvision.az reports citing RT.

The child’s death was reported by the Illinois Department of Public Health (IDPH) on Saturday. Though Covid-19 has not yet been named as the conclusive cause of death, the child was diagnosed with the illness before passing away.

“There has never before been a death associated with COVID-19 in an infant,” IDPH Director Dr. Ngozi Ezike said in a statement. “We must do everything we can to prevent the spread of this deadly virus. If not to protect ourselves, but to protect those around us.”

While Ezike stated that the child’s death is a first, a group of Chinese doctors reported a ten-month-old baby dying in Wuhan, China, at the beginning of the outbreak. The infant reportedly had a preexisting bowel condition, and died of multiple organ failure after diagnosis.

Children and infants are not presently considered at risk from Covid-19. According to the Centers for Disease Control and Prevention, “older adults and people who have severe underlying medical conditions” are the most vulnerable to the virus. In Illinois, 12 of the other 13 deaths reported on Saturday were of people in their 50s or older.

85 percent of the 47 Covid-19 deaths in the state thus far have been among people aged 60 and above.

Nationwide, nearly 120,000 Americans have been infected and almost 6,000 killed by the Covid-19 coronavirus. With those numbers rising every day, President Donald Trump announced on Saturday that he is considering quarantining “hot spots” like New York, New Jersey and Connecticut, in a bid to slow the spread.