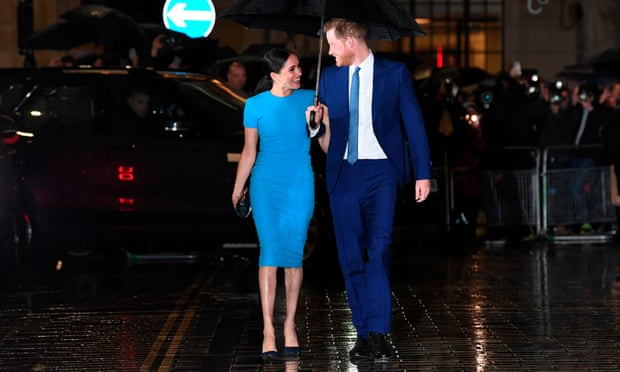 Donald Trump has said the United States will not pay for the Duke and Duchess of Sussex’s security protection after they reportedly moved to California.

Harry and Meghan are said to have left their rented home in Vancouver, Canada after taking a private flight to the US before the border closed between the two countries last week.

In response to the reports, the US president tweeted: “I am a great friend and admirer of the Queen & the United Kingdom.

“It was reported that Harry and Meghan, who left the Kingdom, would reside permanently in Canada.

“Now they have left Canada for the U.S. however, the U.S. will not pay for their security protection. They must pay!”

A spokesperson for the Sussexes said: “The Duke and Duchess of Sussex have no plans to ask the US government for security resources. Privately funded security arrangements have been made.”

Trump’s tweet came just days before the couple are due to officially step down as senior royals on 31 March.

Harry, Meghan and their baby son, Archie, are said to be living in lockdown near Hollywood in accordance with the state’s Covid-19 containment measures.

A source told the Sun the move had been “planned for some time” and that California, where Meghan, a former actor, grew up, was where their “new team of Hollywood agents and PRs and business managers were based”.

Before marrying into the royal family, Meghan had described Trump as being “misogynistic” and “divisive” during his 2016 presidential campaign, pledging her vote for his rival Hillary Clinton, and threatening to move to Canada if he won.

Before his state visit to the UK last June, Trump was asked about her comments in an interview with the Sun. He replied: “I didn’t know that. What can I say? I didn’t know that she was nasty.” But he also said he thought she would do “excellently” as a member of the royal family.

The question over who will pick up the couple’s security bill has been raised since it emerged that they would no longer be officially representing the Queen, and no longer use their HRH titles as they forge a new path away from Britain, with the aim of becoming financially independent.

The Canadian government has already indicated that it would not be paying the costs of the couple’s security, although it is a Commonwealth country, with the Queen as its head of state.

Last month the Royal Canadian Mounted Police, which had been providing protection on an intermittent basis after the couple moved to a rented £10.4m mansion on Vancouver Island in November, announced they would no longer do so.

In a statement at the time to CBS news, the RCMP said that while the duke and duchess were recognised as “internationally protected persons”, Canada had an obligation to provide security assistance on an as-needed basis, and had been providing assistance to the Metropolitan police intermittently since November 2019.

“The assistance will cease in the coming weeks, in keeping with their change in status,” the statement added.