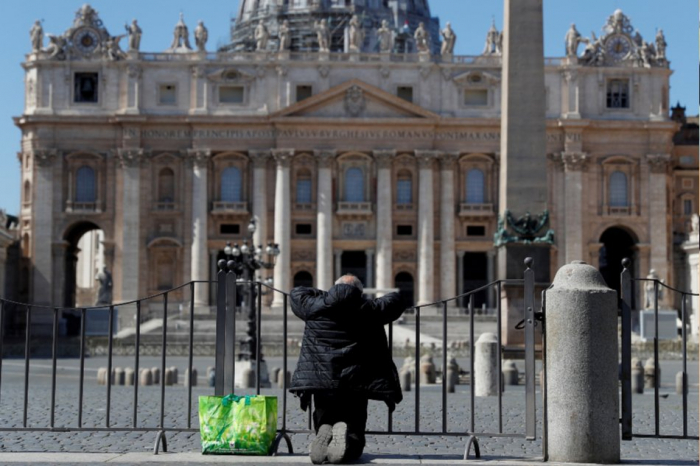 Italy on Thursday reported another 760 deaths from the novel coronavirus, bringing the total number of fatalities to 13,915, the highest in the world, AzVision.az reports quoting Anadolu Agency.

However, a slowdown in the rise of contagions – clearly down from the double-digit increases seen at the beginning of the outbreak – seems to confirm that the contagion’s peak may be approaching.

The epicentre of the Italian outbreak remains the northern Lombardy region, which counts 7,960 victims, more than half of the total number.

A recent study published in an Italian newspaper has suggested that the death toll from the coronavirus pandemic in Lombardy might be higher than what the official data showed.

According to the study by data analysis firm InTwig, whose findings were published in L’Eco di Bergamo, about 4,500 people have died from COVID-19 in March around the northern city of Bergamo. That is more than double the official data of 2,060 deaths provided by Italy’s Civil Protection Department.

To respond to the massive emergency, the Italian government on Wednesday extended an almost-total lockdown -- which halted most of the production and the business activities in Italy -- for another two weeks, until at least April 13.

On Wednesday, Prime Minister Giuseppe Conte warned that "if we stopped respecting the rules […] and relax these rules, all the sacrifices would be in vain."

Conte added that the government would start softening the strict measures only when scientists give the go ahead for such a move, but stopped short of providing a specific date.