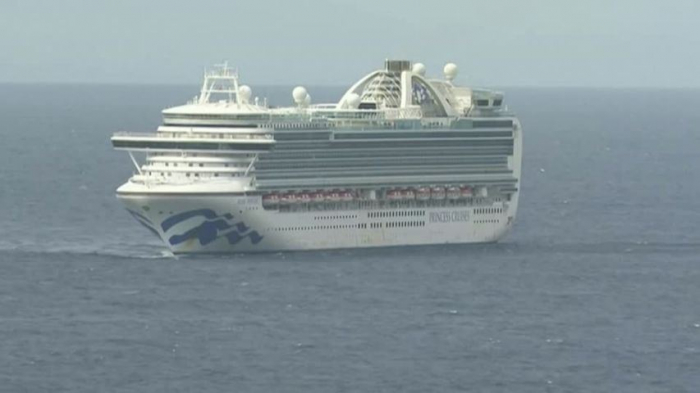 The Ruby Princess, now the target of a criminal investigation led by the homicide squad in the state of New South Wales (NSW), has more than 1,000 crew still on board, after passengers disembarked in mid-March without health checks.

There have been at least 360 COVID-19 cases, including passengers and staff, associated with the vessel, which includes at least six deaths.

As a popular Pacific port destination, Australia is among numerous countries around the world negotiating arrangements with cruise ships unable to find somewhere to dock.

NSW Police said in a statement on Monday that the vessel may remain in place for up to 10 days, but the crew will not disembark unless approved by state authorities.

Sick crew members were being treated on board or transferred to hospital, police said, and the vessel will be refuelled in preparation for departure.

Australia has more than 5,700 confirmed COVID-19 cases and its death toll rose to 39 on Monday after four additional deaths were recorded overnight.

An investigation into Ruby Princess protocols will focus on communications and actions that led to the docking and disembarking of the ship’s 2,700 passengers on March 19 at Sydney Harbour to see whether biosecurity laws or state laws were broken, authorities said.

State health authorities had classed the ship as low risk, and the Australian Border Force issued a notice allowing the passengers to travel home freely. They were required to self-isolate for 14 days.

A Carnival Australia spokesman said on Monday the company would cooperate with the probe.


“In addition to willingly participating in the investigation, Carnival Australia will vigorously respond to any allegations of which there must now be full disclosure and the basis for them,” the spokesman said in emailed comments.

The ship has remained in Australian waters and on Monday docked at Port Kembla, with the remaining crew from 50 different countries on board to stay in isolation.

The government banned cruise ships from docking except for emergencies as of mid-March and has sent off most of the cruise ships that remained in Australian waters over the past week.

Australia has seen a sharp drop off in the rate of new cases after the country imposed tight new measures limiting public gatherings to two people, shutting pubs, restaurants, and gyms, closing state borders and quarantining people off all incoming flights in hotels for 14 days.

“We are seeing some early positive signs as a result of the restrictions we’re putting in place,” NSW Premier Gladys Berejiklian told reporters on Monday.

Pacific nations have so far avoided some of the more devastating effects of COVID-19 suffered in China, parts of Europe and the United States.

New Zealand, which has been in lock-down since March 25, has recorded just over 1,100 confirmed cases. It has suffered one death linked to the virus.

New Zealand’s Director-General of Health Ashley Bloomfield said on Monday that the rate of increase in COVID-19 cases was “levelling off”.