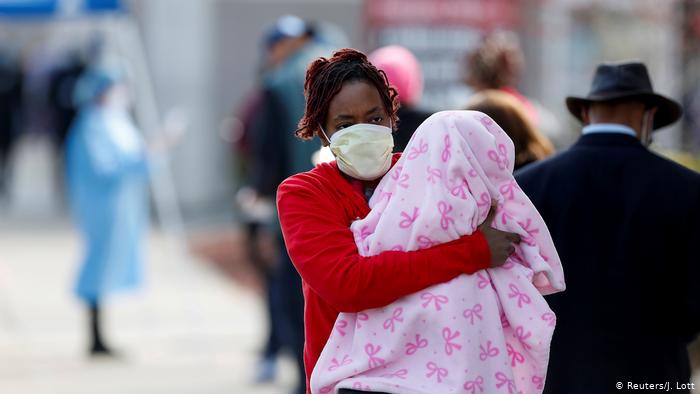 Since emerging in China, novel coronavirus has infected 1,500,830 people, killed 87,705, according to university's study.

Global coronavirus infections have exceeded 1.5 million as governments worldwide struggle to get the pandemic under control.

The Johns Hopkins study found that 1,500,830 people have been infected with the virus since it emerged in China four months ago, including 87,705 people who have died and 317,855 individuals who have fully recovered.

After first being detected in the Chinese city of Wuhan China in December, the virus has spread to at least 184 countries and regions, according to Johns Hopkins.

It attacks the respiratory system, and can be fatal. Most people who become infected will exhibit moderate symptoms, but it can be especially fatal for the elderly and those with pre-existing conditions like hypertension, diabetes, heart disease and asthma.

Several efforts are being made to develop a vaccine, but most experts believe that milestone will not be crossed for at least another year, and possibly up to 18 months.

UN Secretary-General Antonio Guterres earlier Wednesday described the coronavirus as "one of the most dangerous challenges" facing the international community, which he said is "above all a human crisis with severe health and socio-economic consequences."

"Now is the time for unity, for the international community to work together in solidarity to stop this virus and its shattering consequences," he said.

Anadolu Agency website contains only a portion of the news stories offered to subscribers in the AA News Broadcasting System (HAS), and in summarized form. Please contact us for subscription options.