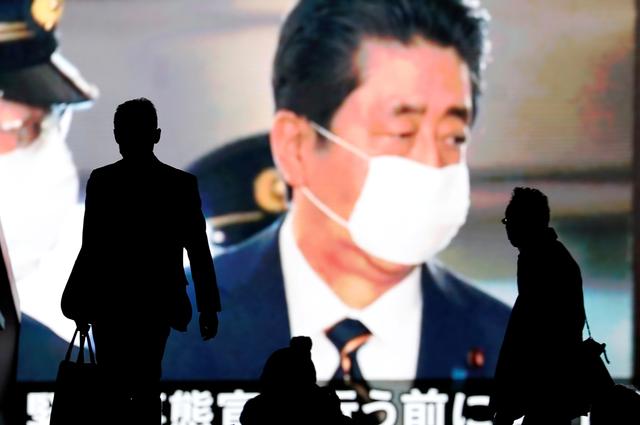 Japanese Prime Minister Shinzo Abe on Sunday drew an angry response from some Twitter users after sharing a video of himself lounging on a sofa with his dog, drinking tea and reading, with a message telling people to stay at home, Reuters reported.

“Who do you think you are?” became a top trend on Twitter, with users saying Abe’s message ignored the plight of those struggling to make a living during the coronavirus outbreak.

Abe’s video, which featured his pet dog, was a response to popular musician Gen Hoshino, who uploaded a video of himself singing about dancing indoors and invited people to collaborate.

“At a time when people are fighting for survival, to show a video of such luxury ... one can’t help but wonder, ‘who do you think you are?’,” one Twitter user said.

Other Twitter users defended Abe, saying that even the prime minister should be allowed down time.

Abe’s representatives were not immediately available for comment outside normal office hours.

The number of novel coronavirus infections in Japan has exceeded 7,000, public broadcaster NHK reported. It was the first weekend since Japan declared a state of emergency in major population centres to fight the spread of the coronavirus.

The state of emergency will include the city of Sapporo on the northern island of Hokkaido from Tuesday, NHK reported, with local authorities ordering the closure of schools in Sapporo and some neighbouring areas.

The Sapporo state of emergency is expected to run until May 6 and will see other public facilities shut down, while residents will be asked to stay indoors for non-essential business, NHK said.