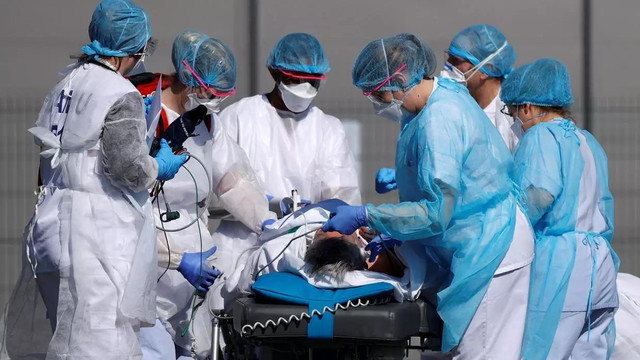 Amid the COVID-19 pandemic, Armenia stages “elections” in Nagorno-Karabakh … and introduces the virus to the region.

As humanity has been plagued by what appears to be the scariest pandemic since the Spanish Flu of 1918, of the last 100 years, Armenia chose to ignore all domestic and international calls to do all that is possible to contain the spread of the virus.

On March 31, 2020, Armenia staged a “presidential and parliamentary election” in Azerbaijan’s Nagorno-Karabakh region that has been under Armenia’s illegal military occupation for almost 30 years. Prior to the election, there wasn’t a single case of COVID-19 in the Nagorno-Karabakh region. Armenia however, like the rest of the world, has been suffering from the virus since early March 2020, currently claiming to have 937 Novel Coronavirus cases out of which there were 12 deaths.

Armenia Knowingly Spreads Coronavirus
Although the Yerevan government promised earlier that it would limit the entry of Armenia’s virus-ridden residents into Nagorno-Karabakhover 1,000 people were allowed to travel from Armenia to Nagorno-Karabakh to “observe the elections” in an illegally occupied territory. Reckless and unfathomable violations of the social-distancing rules were reported in polling stations.

The result was utterly expected. A few days after “the election,” the first COVID-19 case was detected in the Nagorno-Karabakh region. It was a woman who participated in “the election.” Since the virus spreads fast, only three days later, four more COVID-19 cases were detected, bringing the total number of infected people to five. 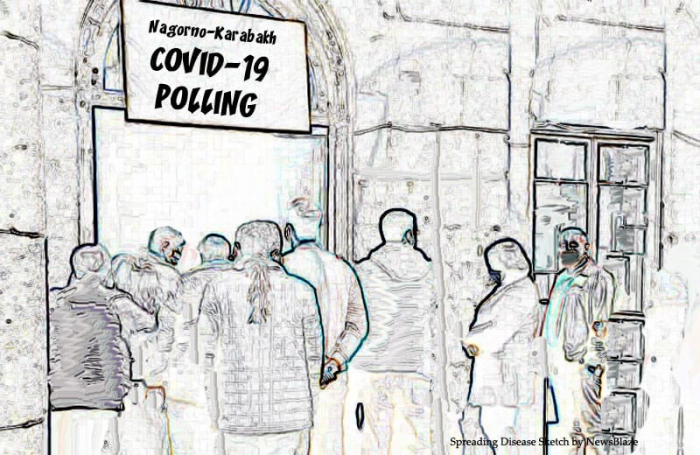 Despite this outrageous behaviour, a vivid example of politics surpasses all even life, the irresponsible Armenian authorities and the regime they installed in Nagorno-Karabakh are determined to conduct a second election a runoff, scheduled for April 14, 2020, this, despite the Coronavirus threat.

Since the late 1980s, Azerbaijan and Armenia have been locked in the Nagorno-Karabakh conflict. Since the surprising bloody war, unleashed against Azerbaijan that lasted until 1994, in which 30,000 people were killed, Armenia’s armed forces occupied one-fifth of Azerbaijan’s lawful territory. That includes the Nagorno-Karabakh region, which Armenia renamed “Artsakh.” Over 800,000 Azerbaijani civilians, who lived in the regions for centuries, were expelled from the occupied by Armenia territory. Due to this ethnic cleansing exploit, Karabakh is currently populated only by Armenians while the displaced Azerbaijanis are barred from returning to their homes and land.

In 1993, the United Nations Security Council adopted four resolutions – 822 (April 30, 1993), 853 (July 29, 1993), 874 (October 14, 1993), and 884 (November 12m 1993) – all of which reaffirm Azerbaijan’s territorial integrity, demanding an immediate, complete and unconditional withdrawal of Armenian forces from all of the occupied regions of Azerbaijan. To date, Armenia has been refusing to fulfil these legally binding international resolutions.

To camouflage illegal, internationally condemned occupation conduct, Armenia has formed on Azerbaijan’s lands the phoney “Nagorno Karabakh Republic,” which it has named “The Republic of Artsakh.” The entire international community, with the exception of Armenia, recognizes Azerbaijan’s occupied territorial integrity, borders, and sovereignty, while no country has recognized the “independence” of Nagorno-Karabakh or the bogus “Republic of Artsakh.”

Therefore, in an ongoing attempt at futility to legitimize the regime it has installed in Nagorno-Karabakh, in order to present it as an ‘independent democratic state,’ occasionally Armenia stages “an election” there.

Mr Nasimi Aghayev, Azerbaijan’s Consul General to the Western United States posted several tweets before “the election”: “The whole world is fighting against the COVID-19, but Armenia, which has already the largest number of coronavirus cases in the Caucuses region, is holding a so-called “election” in the occupied lands of Azerbaijan. The apex of irresponsibility to risk the lives of the Karabakh’s Armenian community… Once the occupied lands are released from the occupation & Azerbaijan’s territorial integrity is restored, such reckless attitude by Armenia towards the health & wellbeing of Nagorno-Karabakh’s Armenian community will end.”

In a statement, the U.S. State Department said: “The United States does not recognize Nagorno-Karabakh as an independent and sovereign state – nor does any other country. Accordingly, it does not accept the result of these so-called “election” as affecting the legal status of Nagorno-Karabakh.”

It is outrageous that the mainstream media in the West, except for Reuters’ short report, have largely ignored these clear attempts by Armenia to violate international law, as well as endanger public safety for political purposes, which encourages the Yerevan regime to carry on with such policies.

According to media reports, the so-called “election” in the Nagorno-Karabakh region was marred by irregularities, including bribery, open ballot voting and photographing of the ballots.

Due to the COVID-19 pandemic, voices to postpone “the presidential election” runoff in the Nagorno-Karabakh region, scheduled for April 14, are already rising, in both Armenia and Nagorno-Karabakh. It remains to expect and hope that the Yerevan officials will finally realize that the interests of public health and safety are much more important than the implementation of any political agenda, and they will do what is right in view of the rapidly spreading Coronavirus virus: postpone the election runoff.

Read the original article on newsblaze.com.