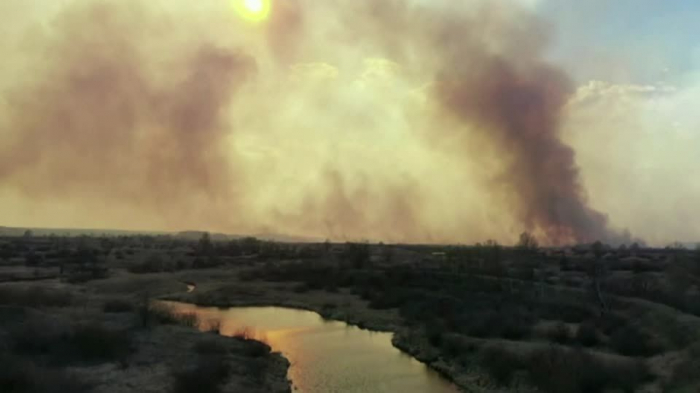 The Ukrainian Ministry of Emergencies reported dozens of acres had been burnt.

And authorities said radiation in the epicentre of the fire exceeds the norm.

The fires were near the Chernobyl nuclear power station - which exploded in April 1986 - causing the world's worst nuclear accident.

Following the explosion, people were evacuated and resettled away from the 19-mile exclusion zone around the plant.

That area is still strictly controlled.

The blazes began on April 3rd in the western part of the zone.

Before spreading to nearby forests - some of which are in the area of the zone that still has higher radiation.

Hundreds of firefighters and hardware have been introduced to the region, including helicopters and aeroplanes.