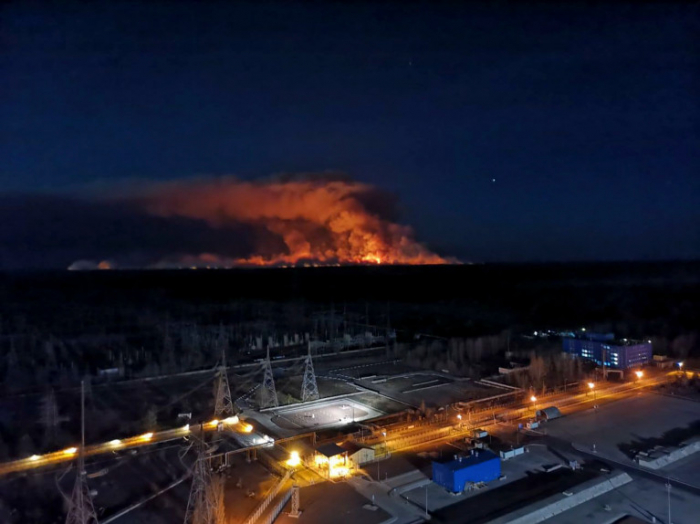 New fires broke out in the area around the defunct Chernobyl nuclear plant on Thursday, fanned by heavy winds that have made it harder to put out the blaze, Reuters reported.

Emergency workers managed several days ago to contain an initial bout of fires that tore through forests around the site of the world’s worst nuclear disaster in 1986. Ukrainian authorities have played down any radiation risk.

The state emergency service said three new fires had broken out but were “not large-scale and not threatening.”

“The radioactive background in Kiev and the Kiev region is within normal limits,” Volodymyr Demchuk, director of the Emergency Response Department, said in a video statement.

He said more than 1,000 people were involved in trying to extinguish the fires.

Emergency workers used planes and helicopters to put out the earlier blaze this week but heavy winds prevented them from doing so on Thursday, Deputy Interior Minister Anton Gerashchenko was quoted by the Interfax news agency as saying.

The April 26, 1986 Chernobyl disaster in then-Soviet Ukraine was triggered by a botched safety test in a reactor and sent clouds of nuclear material across much of Europe.

The plant and the abandoned nearby town of Pripyat have become a tourist draw, especially since a critically acclaimed U.S. television miniseries about the accident aired last year.

The Chernobyl site is currently shut as part of a nationwide lockdown to contain the coronavirus pandemic.