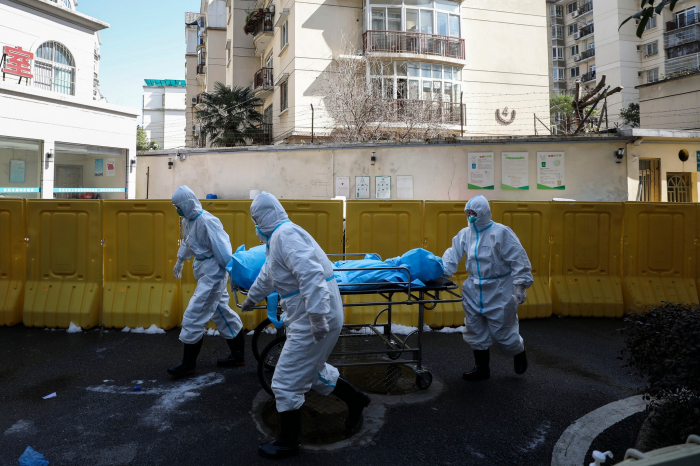 China has admitted that many more people died in the city of Wuhan than initially reported.

Faced with mounting skepticism over its official figures, China on Friday revised up its death toll in the city where the coronavirus first emerged.

Officials placed the new tally at 3,869 deaths from the coronavirus in the central Chinese city of Wuhan, an increase of 1,290, or 50 percent, from the previous figure. The number of confirmed infections in the city was also revised upward to 50,333, an increase of 325.

Officials in Wuhan said the revised death toll now includes those who died at home in the early days of the outbreak, as well as deaths that were not properly reported by hospitals or registered on death certificates.

The move appeared to be a response to growing questions about the accuracy of China’s official numbers and calls to hold the country responsible for what has become a global health crisis. Dominic Raab, the British foreign secretary, told Reuters on Thursday that China would have to answer “hard questions” after the crisis about how the pandemic came about and how it could have been stopped earlier. President Emmanuel Macron of France told the Financial Times that “there are clearly things that have happened that we don’t know about.”

The C.I.A. has also told the White House that China’s official figures are vastly understated, though it does not know the exact numbers, current and former American intelligence officials say.

Widespread reporting has shown that the Chinese authorities initially mismanaged and concealed the extent of the epidemic before eventually swinging into action in late January to halt the spread of the virus. Beijing maintains that it has been transparent in its communications about the epidemic from the beginning.