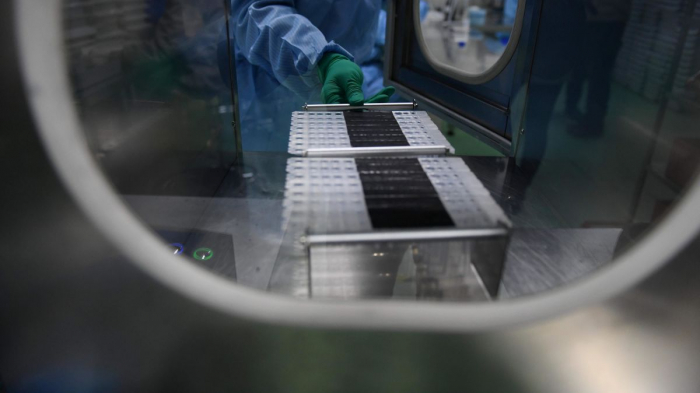 The U.S. intelligence community has not ruled out the possibility that the novel coronavirus was inadvertently introduced to a human carrier or released into the broader environment by a research laboratory, rather than a wet market, in Wuhan, China.

Neither scenario has been deemed more or less plausible, though the notion that the virus itself was human-engineered has been effectively dismissed, officials said.

"We are actively and vigorously tracking down every piece of information we get on this topic and we are writing frequently to update policymakers," a U.S. intelligence official said. "The [intelligence community] has not come down on any one theory."

"It would be normal practice for the IC to be focused on this issue and to take some time to come to a conclusion," said Michael Morell, former CIA deputy director and CBS News senior national security contributor.

Public health authorities in China first linked the disease to a wet market in Wuhan, the capital city of Hubei province, called the Huanan Seafood Wholesale market. But according to a February article published by a group of Chinese researchers in the Lancet, a top medical journal, the first known patient with the virus did not have direct exposure to the seafood market; nor did 13 of 41 patients first hospitalized with the virus.

"As far as it's understood, this was a one-time episode where an animal in nature - or even a bat in nature, because this virus is very close to viruses in bats - infected a human and that human then infected others," WHO adviser and noted epidemiologist Dr. David Heymann said in an interview with Margaret Brennan on Face The Nation last month. "And there was some mass event in the city of Wuhan where many, many different people were infected at the same time and sent off chains of transmission among their contacts that travelled internationally and also within China."

Suspicion has since centered on several infectious disease research facilities also located in Wuhan, including the Wuhan branch of the Chinese Center for Disease Control and Prevention and the Wuhan Institute of Virology, which operates at a top biosafety level – known as BSL-4 – and where researchers are known to study bat coronaviruses. The Washington Post and Yahoo News previously reported the virus's potential links to a Wuhan laboratory.

The Post also reported earlier this week that the State Department had received at least two diplomatic cables in 2018 citing inadequate safety protocols and improperly trained personnel at the Wuhan Institute of Virology.

Multiple administration officials, including President Trump, have recently floated the possibility of the laboratory scenario but declined to discuss intelligence or other specific evidence related to the virus's origin.  Mr. Trump, who is facing widespread criticism and sagging approval ratings for his administration's response to the pandemic, said the U.S. was "doing a very thorough examination" of its trajectory.

Most U.S. officials – in keeping with the scientific consensus established to date – have also specified that there are no indications the virus was man-made. In a paper that appeared last month in the leading science journal Nature, a team of scientists concluded that the virus was "not a laboratory construct or a purposefully manipulated virus."

"A majority of the views are now that it was natural, it was organic," Secretary of Defense Mark Esper said in an interview on Thursday. "But I think we need to continue to work this."

Secretary of State Mike Pompeo, a known and longtime China hawk, said the State Department was conducting a "full investigation of everything we can to learn how it is the case that this virus got away."

"I can say this," he added when asked about the cables sent to the State Department, "This is a laboratory that contained highly contagious materials."

U.S. officials have been critical of China and called for more transparency even as they rely on Beijing to issue personal protective equipment for medical workers that remains in short supply. Mr. Trump and Mr. Pompeo had previously referred to coronavirus as the "Wuhan" or "Chinese" virus, though both have refrained from using the term more recently.

Chinese Foreign Ministry spokesman Zhao Lijian on Thursday denied the virus had originated in or been transmitted from a laboratory, citing the WHO and unnamed medical experts who said the theory lacked "any scientific proof."

U.S. intelligence agencies have for months warned policymakers that Chinese officials have significantly underreported or otherwise obfuscated the number of domestic virus cases and deaths.  Accurate COVID-19 case and death counts have proven elusive for most governments, as problems persist with testing, tracking asymptomatic carriers, and the undercounting of incidents that occur outside of hospitals.