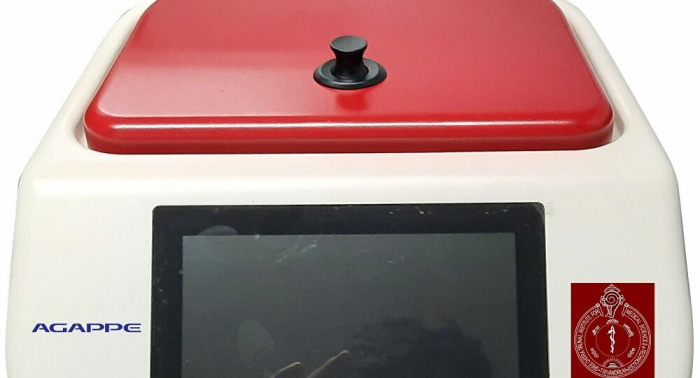 India’s federal Science and Technology Ministry had set up a COVID-19 Task Force for improving diagnostics, testing, healthcare delivery solutions and supplies. The Task Force was instructed to develop the appropriate technologies to assist the country in combating the pandemic.

A state-run laboratory under India’s federal Science and Technology Ministry has developed a cheap test kit for COVID-19, which takes just 10 minutes to detect the infection. The Kerala-based lab at the Sree Chitra Tirunal Institute of Medical Sciences and Technology says it's the first time that the reverse transcriptase loop-mediated amplification of viral nucleic acid (RT-LAMP) has been used to test for the N-Gene of SARAS-COV2.

“Though RT-LAMP technology has been used in different diagnoses, to our knowledge it has not been used by anyone in any country to map the N-gene, which causes Coronavirus,” Dr. Anoop Kumar T., head of molecular medicine at the Biomedical Technology wing of SCTIMST tells Sputnik.

“The test kit is highly specific for the SARS-CoV-2 N-gene and it can detect two regions of the gene which will ensure that the test does not fail, even if one region of the viral gene undergoes mutation during its current spread,” he adds.

Named Chitra GeneLAMP-N, gene testing would provide confirmation in one test without further screening and at much lower costs. Anoop Kumar says that several scientific labs across the world recommend the detection of two regions of N-gene for COVID-19 confirmation using gene amplification technology. He explains that the kit is the size of a laptop, and fully conforms to India’s regulatory guidelines.

“We tested it for concordance among true positive and true negative samples, and the results were 100 percent accurate,” Anoop Kumar elaborates.
It is suitable for deployment in smaller hospitals and airports as in a single batch and it can test 30 samples, significantly lowering the current machine waiting time. The new test kit takes 10 minutes for the gene to be detected and less than 2 hours for a sample to yield a result - from RNA extraction via swab to RT LAMP detection time. This would also obviate the need to keep suspects under quarantine for 14 days, as is being done at present.

The Institute has transferred the technology to a Kerala-based manufacturer for commercial exploitation after getting statutory clearance.

India has been outsourcing its test kit needs for COVID-19 from foreign suppliers in a bid to offer broad-base testing for suspected infections. On Thursday, a consignment of 650,000 rapid anti-body tests and RNA extraction kits were dispatched from Guangzhou, said Indian envoy to China Vikram Misri.

As of Sunday, there are 15,712 positive COVID-19 cases in the country, which include 2,231 cured patients and 507 fatalities, according to data released by the federal health and family welfare ministry.