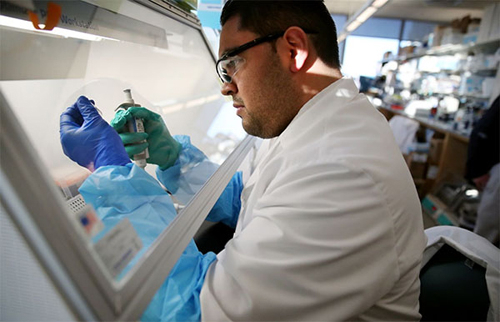 Сonvalescent plasma has proved itself as an effective treatment for different diseases, as patients who have survived produce antibodies fighting the antigen that caused the disease, Sputnik reports.

Microsoft along with several pharmaceutical companies is developing a special chatbot to encourage people who have recovered from the novel coronavirus to donate their plasma to those who are currently being treated, CNBC reported on Saturday.

Peter Lee, Microsoft’s head of research, noted, as quoted by the outlet, that the goal was to receive as much plasma as possible, and said that the company was supporting the efforts of companies like Octapharma, Takeda and CSL Behring.

The recovered people will be led through a series of questions by the chatbot, referred to as the 'plasmabot', to find out if their blood is suitable for donation. The chatbot will also provide information about the procedure and direct the former patients to a site where they can donate their blood.

Peter Lee believes that the approach has the “potential to save lives”. According to Microsoft’s head of research, the donated plasma will not become a replacement for a full treatment, like a vaccine.