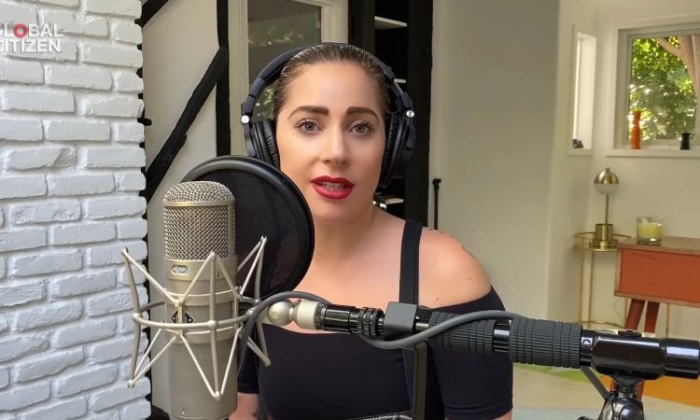 A cadre of renowned musicians on Saturday helped raised more than $127 million for the World Health Organization (WHO) and other regional charities working to address the outbreak of the novel coronavirus, the Hill reports.

The massive fundraising haul came via "One World: Together At Home," an 8-hour virtual concert organized by international advocacy group Global Citizen and Lady Gaga and broadcast around the world.

The event, which featured performances from John Legend and Sam Smith as well as appearances from former first ladies Michelle Obama and Laura Bush, raised $55.1 million for the WHO's COVID-19 Solidarity Response Fund and $72.8 million for local and regional charities responding the pandemic, Global Citizen said.

"Today, Global Citizens proved the power of collective action," the group tweeted following the show. "To everyone around the world: Stay strong, stay safe, we will be together in person soon."

That is the power and impact of One World: #TogetherAtHome.

More than 2.3 million reported cases of COVID-19, the disease caused by the novel coronavirus, and roughly 161,000 deaths caused by it were reported as of Sunday morning, according to a Johns Hopkins University database.

"Together At Home" was promoted as the world's biggest concert since Live Aid in 1985, an event that helped raise donations for the AIDS epidemic and watched by nearly 2 billion people worldwide.

Saturday's virtual concert was hosted by Jimmy Fallon, Jimmy Kimmel and Stephen Colbert and included music performances, as well as conversations with politicians and health care leaders. Taylor Swift, Elton John, the Rolling Stones and Paul McCartney were among the stars to perform during the event.

Obama and Bush made an appearance together to share a message of thanks to health care workers around the world.

"Laura and I want to express our overwhelming gratitude to the medical professionals, first responders and so many others on the front lines risking their lives on our behalf," Obama said.

"The coming days will not be easy, but this global family of ours is strong. We will continue to be here for one another and we will get through this crisis. Together. Thank you."

WHO Director-General Tedros Adhanom Ghebreyesus used his appearance during the event to call for society to "put aside our differences, to break down barriers, [and] to see and seek the best in each other."