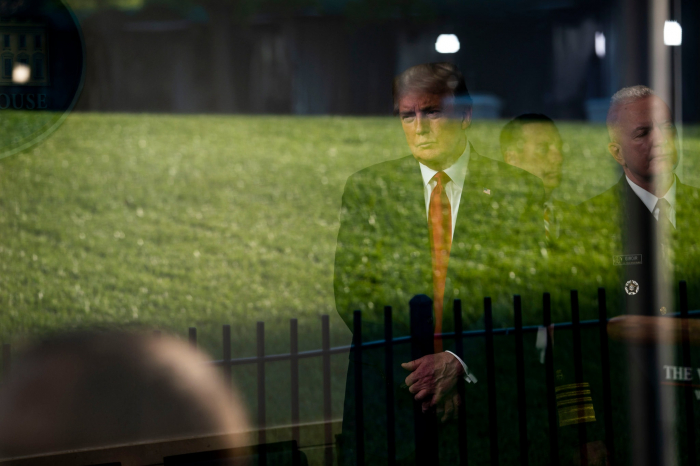 President Trump said on Monday that he intended to close the United States to people trying to immigrate into the country to live and work, his most wide-ranging attempt yet to seal the country off from the rest of the world.

In recent weeks, the Trump administration has said health concerns justified moving swiftly to bar asylum seekers and undocumented immigrants from entering the country, alarming immigration activists who have said that Mr. Trump and his advisers were using a global pandemic to further hard-line immigration policies.

Mr. Trump also defended his administration’s handling of coronavirus testing, saying the nation had excess capacity even as some governors insisted that they lacked crucial materials, including nasal swabs and chemical reagents.

He framed the debates around testing in political terms, saying that Democrats wanted maximum testing “because they want to be able to criticize.” Testing has also emerged as a sticking point in negotiations between Congress and the administration on small-business aid, with Democrats pushing for a national testing strategy and Republicans, wary of placing the onus on the White House to devise and carry out such a strategy, arguing that states should set their own plans.

The Republican governors of Georgia, Tennessee and South Carolina moved to let some businesses reopen, including gyms, restaurants and beaches, though social distancing protocols will remain in effect to varying degrees. In South Carolina, for example, retail stores were told to operate at 20 percent occupancy or at five customers per 1,000 square feet, whichever is less.

The reopening announcements came as the outbreak continued to spread in parts of the nation, and modest crowds gathered to protest stay-at-home orders in several states. A prison in Ohio, the Marion Correctional Institution, is now the largest reported source of virus infections in the nation.

And although the curve is beginning to flatten in New York, the country has added more than 25,000 new cases a day for the past week, with Massachusetts particularly hard hit and clusters emerging in several other states.

As the coronavirus overwhelms the health care system, people with other illnesses are struggling to find treatment. Nearly one in four cancer patients reported delays in their care.

And in Texas, after an appeals court ruling, abortion is effectively banned in the state.

Oil prices plummeted on Monday as the economic crisis set off by the pandemic continued to destroy demand. Storage tanks in the United States that hold all the unused crude are near full capacity.

Shake Shack announced that it was returning a $10 million small-business aid loan from a federal program amid mounting criticism that large chains had been favored over smaller entities.

The Federal Reserve could soon expand its municipal bond-buying plans after announcing earlier this month its first-ever campaign to bolster the market for state and local debt.