Spain: Kids allowed out as new virus deaths drop to 288 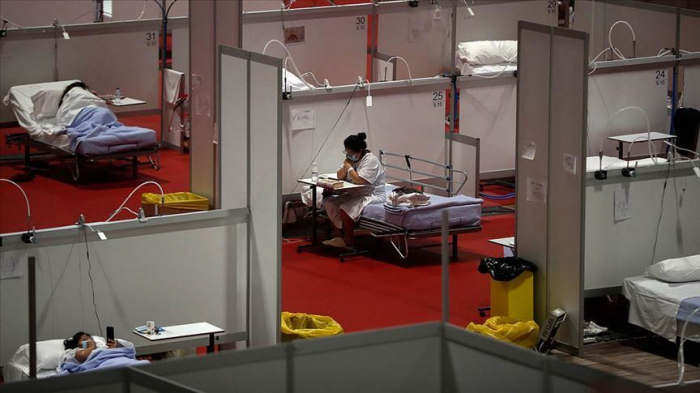 Spain registered its lowest daily death toll in more than a month on Sunday, coinciding with the first day that children are allowed to leave their homes in six weeks, AzVision.az reports citing Anadolu Agency.

In the last 24-hour period, 288 more people were confirmed to have died from COVID-19, nearly 100 less than yesterday, according to the Health Ministry.

The country also confirmed fewer new active contagions (1,729) than new recoveries (3,024) for the third day in a row.

In total, 23,190 people who tested positive for the virus have lost their lives in Spain, and nearly 100,000 people have recovered. Spain has confirmed, via polymerase chain reaction (PCR) test, a total of more than 207,000 cases.

Thousands more have also been confirmed to have contracted the virus via antibody tests, but the ministry did not release that data on Sunday.

It is a joyful day for many children across the country, who are getting their first taste of freedom since March 14. Restrictions have been eased that virtually prohibited children from going outside.

Now, children under 14 years old are allowed to roam within a 1-km radius of their homes under the supervision of an adult. Playgrounds are still off-limits, bikes or scooters are not allowed, but kids can now explore their neighborhoods by foot or in a stroller.

On Saturday night, Spanish Prime Minister Pedro Sanchez announced that if the evolution of the disease continues to improve, adults will also be allowed to go outside for physical activity starting next Saturday.

On Tuesday, the Spanish government will submit its plan for further de-escalation of one of the strictest lockdowns in the world.

After originating in China last December, COVID-19 has spread to at least 185 countries and regions. Europe and the US are currently the worst-hit regions.

The pandemic has killed more than 203,000 worldwide, with total infections surpassed 2.9 million, while an excess of 822,700 patients have recovered, according to figures compiled by the US-based Johns Hopkins University.