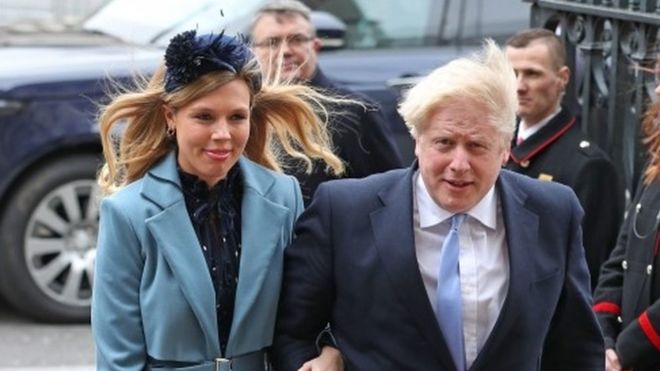 A spokeswoman for the PM and his partner said both mother and baby are "doing very well".

It is understood the PM, who has just recovered from coronavirus, was present throughout the birth, in a London hospital.

"The PM and Ms Symonds would like to thank the fantastic NHS maternity team," the spokeswoman added.

Mr Johnson, 55, and Ms Symonds, 32, announced in March that they were expecting a baby in "early summer", and that they had become engaged at the end of last year.

They are the first unmarried couple to move into Downing Street together.

Mr Johnson returned to work on Monday, after a battle with coronavirus which saw him spend three nights in intensive care. Ms Symonds also suffered symptoms of the disease.

The baby is Ms Symonds' first child, while Mr Johnson is known to have fathered five.