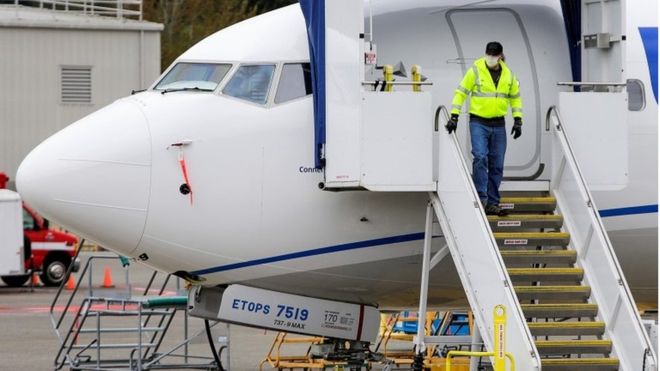 Boeing plans to cut 10% of its workforce, saying the Covid-19 pandemic had delivered it a "body blow", AzVision.az reports citing BBC News.

The struggling US plane maker employs 150,000 people worldwide and was already under pressure after being forced to ground its 737 Max planes following two fatal crashes.

The coronavirus outbreak has led to a collapse in air travel.

BA said it will cut 12,000 jobs while Airbus called it the "gravest crisis" the industry has "ever known".

Boeing's chief executive Dave Calhoun said in a memo to staff that the pandemic is "delivering a body blow to our business" and demand for commercial airline travel "has fallen off a cliff".

He warned: "The aviation industry will take years to return to the levels of traffic we saw just a few months ago."

While 10% of jobs will be cut across the company, Boeing admitted that reductions would be steeper in some departments, such as its commercial airlines business.