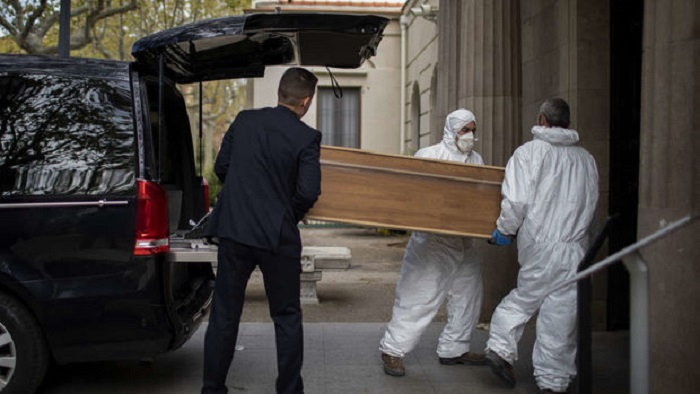 Deaths from the COVID-19 epidemic in Italy climbed by 195 on Monday, against 174 the day before, the Civil Protection Agency said, but the daily tally of new infections declined to 1,221 from 1,389 on Sunday, AzVision.az reports citing Reuters.

Italy's daily death toll in recent weeks has always fallen on Sundays and risen the following day, while the underlying trend has been steadily declining since a peak above 900 daily fatalities around the end of March.

The total death toll since the outbreak came to light on Feb. 21 now stands at 29,079 the agency said, the second highest in the world after that of the United States.

The number of confirmed cases amounts to 211,938, the third highest global tally behind those of the United States and Spain.

Italy's true death toll from the disease is much higher than is reported by the Civil Protection Agency in its daily bulletins, national statistics agency said in an analysis of nationwide mortalities from all causes released on Monday.

The Civil Protection Agency said people registered as currently carrying the illness fell to 99,980 from 100,179 on Sunday.

There were 1,479 people in intensive care on Monday against 1,501 the day before, maintaining a long-running decline. Of those originally infected, 82,879 were declared recovered against 81,654 on Sunday.

The agency said 1.480 million people had been tested for the virus against 1.457 million the day before, out of a population of around 60 million.