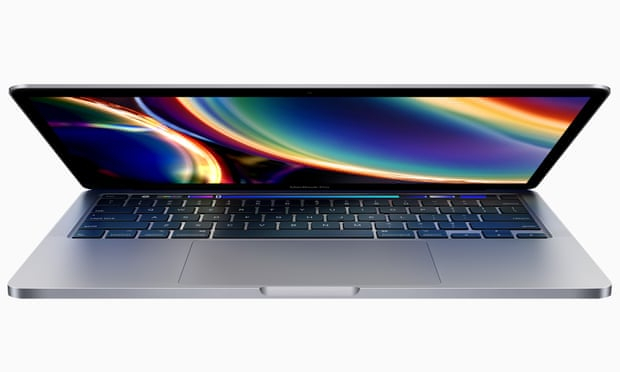 Apple has launched an updated version of its popular 13in MacBook Pro laptop with a revamped keyboard, more storage and faster chips.

The new keyboard has 1mm greater of key travel with a redesigned scissor mechanism, which has proven popular in Apple’s other machines.

The new laptop also receives optional new chips in the form of Intel’s latest 10-generation Core processors, which have up to 80% faster graphics, matching machines from rivals including Microsoft’s Surface Laptop 3. Apple has also doubled the minimum storage space offered.

The updated laptop continues Apple’s shift away from absolute thinness and towards user-friendly features, such as longer battery life, thicker keyboards and easier repairs, first shown in the 16in MacBook Pro released last year. The laptop is also made from recycled tin and plastic, and put together using renewable energy.