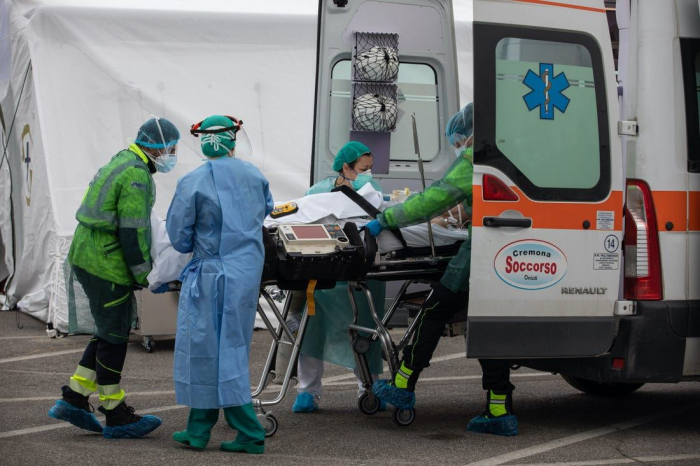 Deaths from the COVID-19 epidemic in Italy climbed by 236 on Tuesday, against 195 the day before, the Civil Protection Agency said, while the daily tally of new infections came in at 1,075 against 1,221 on Monday, AzVision.az reports citing Reuters.

It was the lowest number of new cases for two months.

The total death toll since the outbreak came to light on Feb. 21 now stands at 29,315 the agency said, one of the highest in the world. The number of confirmed cases amounts to 213,013.

Italy’s true death toll from the disease is probably much higher than is reported by the Civil Protection Agency in its daily bulletins, national statistics agency Istat said in an analysis of nationwide mortalities released on Monday.

The Civil Protection Agency said people registered as currently carrying the illness fell to 98,467 from 99,980 on Monday.


There were 1,427 people in intensive care on Tuesday against 1,479 the day before. Of those originally infected, 85,231 were declared recovered against 82,879 on Monday.

The agency said 1.512 million people had been tested for the virus against 1.480 million the day before, out of a population of around 60 million.