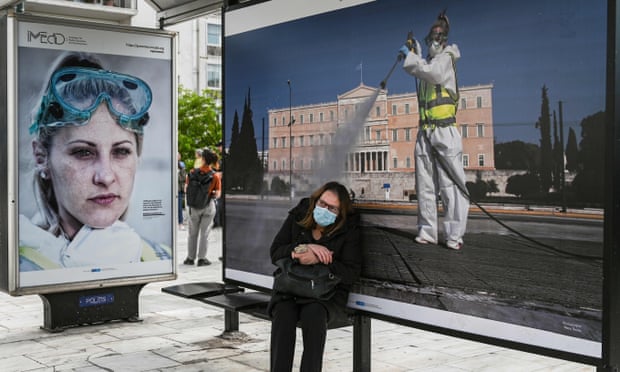 The coronavirus pandemic threatens the future of the eurozone by creating huge economic divisions between its 19-member states during what is expected to be the deepest recession since the Great Depression, the European commission has warned.

The EU’s economic commissioner, Paolo Gentiloni, said there was an urgent need to mitigate the inevitable exacerbation of existing social and economic fissures, as countries emerge at different speeds from the unprecedented economic downturn.

Gentiloni said economic activity in the EU as a whole had “dropped by around one-third practically overnight” owing to the lockdowns imposed by European governments.

More than 1.1 million people have contracted the virus across Europe and more than 137,000 have died, according to the European Centre for Disease Prevention and Control (ECDC).

But the commission warned that a number of countries were likely to lag behind in bouncing back next year.

Gentiloni said the pace of recovery of European governments would depend on the speed at which lockdowns could be lifted, the importance of services such as tourism in each economy and by each country’s financial resources.

Greece’s gross domestic product – is forecast to shrink the most, by 9.7%, owing to the closure of its tourist industry. GDP in Italy and Spain are is expected to contract by 9.5% and 9.4% respectively.

Germany is expected to have a far less dramatic contraction than most, and recover more swiftly even though the economic downturn (6.5%) is still expected to be the country’s deepest since the second world war.

Austria, Croatia Slovakia and Poland are the only other countries expected to return to 2019 levels of economic productivity by the end of 2021.

“Such divergence poses a threat to the single market and the euro area – yet it can be mitigated through decisive, joint European action,” Gentiloni said.

The European commission is planning a €1.5tn (£1.3tn) recovery package made up of loans and grants but there remain differences of opinion on the level of burden sharing.

As it have its official spring forecasts, the commission also said it expected the UK to be among the five European countries to suffer most from the economic impact of the coronavirus, with recovery then set to be hampered by the country’s exit from the EU’s single market at the end of the year.

The commission said the UK economy was expected to shrink by 8.3% by the end of the year, as a result of lockdown measures, with investment down 14% and unemployment doubling.


The UK has recorded the highest number of coronavirus deaths in Europe and the ECDC said the country was one of a handful where there had been no significant downturn in the number of infections.

Only the GDPs of Greece, Italy, Spain and Croatia are expected to contract more than the UK’s.

The French economy is forecast to shrink by 8.2%, a similar figure to the UK, but the recovery of the British economy is likely to be hampered by the extra barriers to trade when the Brexit transition period ends.

The commission listed the the blow to the UK’s hospitality and continued uncertainty about the outcome of the country’s departure from the EU as reasons for its relatively poor economic prospects.

The UK government is negotiating with Brussels on the terms of trade once Britain leaves the single market and customs union.