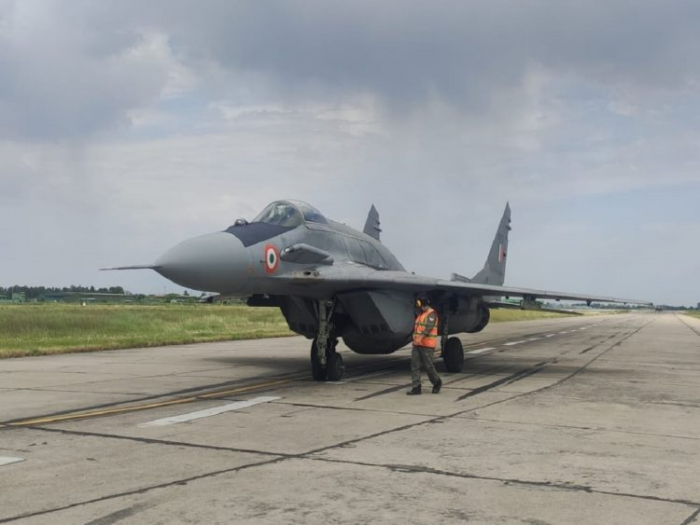 According to local media, the aircraft fell to the ground in the Chuharpur village of the district and burst into flames. The pilot ejected safely.

Some sources reported about two pilots which have ejected safely as per eye witness accounts.

After a few hours, the Indian Air Force officials have confirmed that MiG-29 fighter jet crashed after a technical failure. The pilot ejected safely.

“On 08 May, at 10:45, one Mig-29 aircraft airborne on a training mission from an Air Force base near Jalandhar met with an accident. The aircraft had developed a technical snag and the pilot ejected safely as he was unable to control the aircraft. The pilot has been rescued by a helicopter. A Court of Inquiry has been ordered to investigate the cause of accident,” a statement from the Ministry of Defense said.

Local authorities rushed to the spot quickly and took stock of the situation. After the crash, the pilot was taken to a nearby hospital.