'Never give up, never despair': the Queen's VE Day message 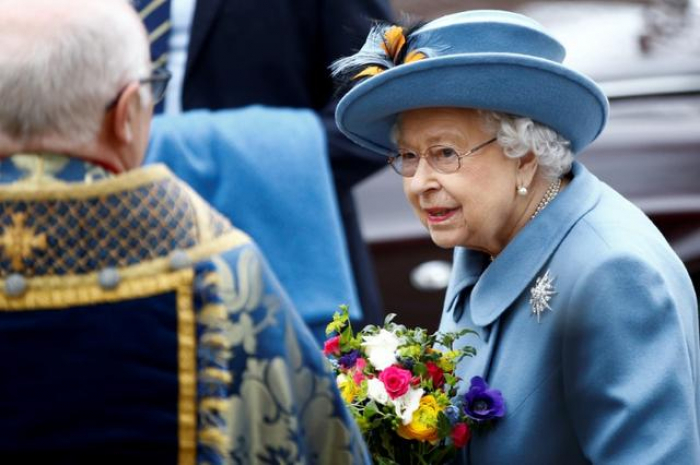 The Queen led tributes to the wartime generation on Friday night, recalling the “never give up, never despair” message of VE Day as the country marked the 75th anniversary of victory in Europe, the Guardian reports.

In a special broadcast, on a unique day of remembrance, reflection and celebration taking place during the coronavirus lockdown, she said: “Today it may seem hard that we cannot mark this special anniversary as we would wish. Instead we remember from our homes and our doorsteps.

“But our streets are not empty: they are filled with the love and care that we have for each other. And, when I look at our country today, and see what we are willing to do to protect and support one another, I say with pride that we are still a nation those brave soldiers, sailors and airmen would recognise and admire.”

The country united during a two-minute silence at 11am as people stood, heads bowed at front doors in bunting-lined streets, and wreaths were laid at war memorials in small, physically-distanced ceremonies.

The Prince of Wales and Duchess of Cornwall led the national moment of remembrance, paying their respects in Scotland at the Balmoral war memorial , placing a wreath and bouquet of spring flowers from their garden at nearby Birkhall as a lone piper played. A cannon at Edinburgh castle started and ended the silence, as a Spitfire flypast soared over the iconic white cliffs of Dover.

Earlier, the Red Arrows streamed red, white and blue as they roared over central London, passing above The Mall, now deserted but which was to have been packed with thousands ahead of a veterans parade and the scene of joyful reunions with old comrades. RAF Typhoon jets performed flypasts over Edinburgh, Cardiff and Belfast.

Extracts from Churchill’s historic victory speech were broadcast, followed by the “Nation’s Toast”: “To those who gave so much, we thank you.” Royal Navy warships and support vessels blasted their sirens to mark the occasion. Messages such as We Will Meet Again and Thank You were etched in the sky above Henstridge airfield in Somerset.

With original elaborate plans hastily rearranged because of Covid-19, the wartime generation who Boris Johnson said had “carried the fate of freedom on their shoulders” were confined to their homes. Crowded street parties, one of the defining images of VE Day, are banned.

But even strict social distancing measures could not mute the mood of celebration, as households across the country evoked the spirit of the 1940s, some dressing in period costume and hosting household tea parties. Where possible, care homes organised singalongs and festivities for residents. One second world war veteran, Eric Bradshaw, 95, isolated in his Oldham care home owing to Covid-19, was surprised by a special salute by Royal British Legion members and RAF cadets.

It may not have been the day planned, but VE Day 75 will itself become a part of history.

Speaking at the same hour her father, George VI, delivered his historic broadcast on a “great deliverance” 75 years ago, the Queen paid tribute to the many who “laid down their lives in that terrible conflict” and died “so we could live as free people in a world of free nations”.

In the broadcast, pre-recorded at Windsor castle, she recalled a VE Day which “some of us experienced first hand”. The Queen was a member of the Auxiliary Territorial Services (ATS) and the khaki cap she wore was placed on her desk. With a photograph of her father also prominently displayed, and wearing the Boucheron aquamarine and diamond clip brooches he gave her for her 18th birthday, she said: “I vividly remember the jubilant scenes my sister and I witnessed with our parents and Winston Churchill from the balcony of Buckingham Palace.” The “sense of joy” in the crowds was “profound” she said.

The greatest tribute to all those who did not come back from the war “was to ensure it didn’t happen again,” she said. Once sworn enemies were now friends “working side by side for the peace, health and prosperity of us all”.

The prime minister, Boris Johnson, observed the silence in Downing Street, having earlier written to veterans stressing that “our gratitude will be eternal”.

“On this anniversary, we are engaged in a new struggle against the coronavirus, which demands the same spirit of national endeavour that you exemplified 75 years ago,” he wrote. “We cannot pay our tribute with the parades and street celebrations we enjoyed in the past; your loved ones may be unable to visit in person.

“But please allow us, your proud compatriots, to be the first to offer our gratitude, our heartfelt thanks and our solemn pledge: you will always be remembered.”

He also spoke to the Russian president, Vladimir Putin, to mark the anniversary. “They paid tribute to the collaboration between British and Russian forces during the second world war, including through the Arctic convoys, and to the heroism and sacrifice of all those who lost their lives,” a Downing Street spokesman said.

Dramatically scaled-back events included a BBC programme of celebration, featuring stars including the Welsh soprano Katherine Jenkins, and broadcast from the quadrangle at Buckingham Palace, which itself emerged bomb-scarred from the blitz.

The Queen’s address was immediately followed by a nationwide rendition of the wartime classic We’ll Meet Again, with Dame Vera Lynn, 103, joining from her home in East Sussex, and the public singing from their doorsteps.