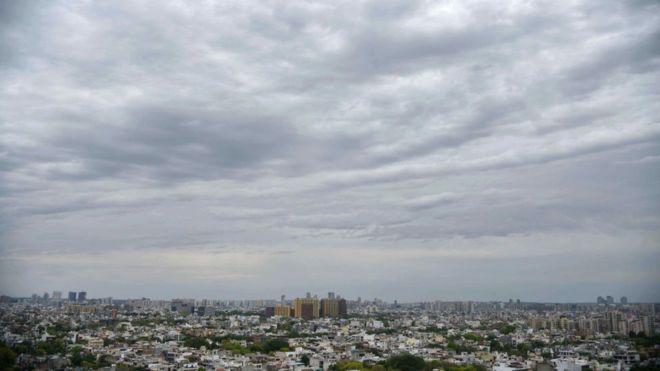 India's CO2 emissions have fallen for the first time in four decades - and not just as a result of the country's coronavirus lockdown.

Falling electricity use and competition from renewables had weakened the demand for fossil fuels even before the coronavirus hit, according to analysis by the environmental website, Carbon Brief. However, it was the sudden nationwide lockdown in March that finally tipped the country's 37-year emissions growth trend into reverse.

The study finds that Indian carbon dioxide emissions fell 15% in March, and are likely to have fallen by 30% in April.

Virtually all of the drop-off in power demand has been borne by coal-fired generators, which explains why the emissions reductions have been so dramatic.

Coal-fired power generation was down 15% in March and 31% in the first three weeks of April, according to daily data from the Indian national grid.

But even before India's sudden coronavirus lockdown, the demand for coal was weakening.

The study finds that in the fiscal year ending March 2020, coal deliveries were down by around 2%, a small but significant reduction when set against the trend - an increase in thermal power generation of 7.5% a year set over the previous decade.

It has been slowing since early 2019.

And, once again, the trend has been compounded by the impact of the Covid-19 lockdown measures on the transport industry.