Georgia to transfer chairmanship of Council of Europe to Greece 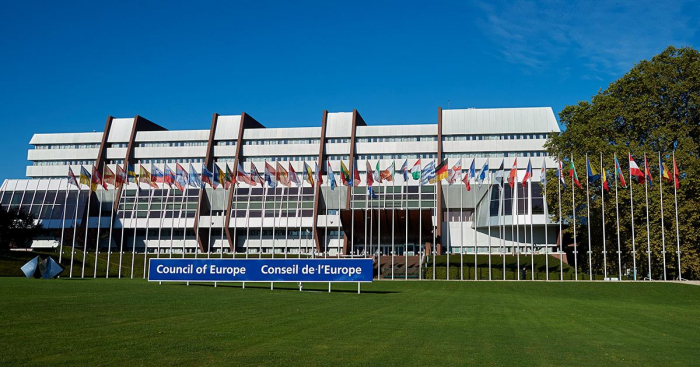 Georgia will officially transfer the Chairmanship of the Committee of Ministers of the Council of Europe for the next six months to Greece on May 15, AzVision.az reports citing the Ministry of Foreign Affairs of Georgia.

The Council of Europe is an international organization that promotes cooperation between its member countries in Europe in the areas of law, human rights, democratic development, the rule of law and cultural interaction. Georgia officially received the status of the Chairmanship of the Council of Europe on November 27, 2019.

The official ceremony of handing over the Chairmanship of the Council of Europe to Greece will be held May 15 in Strasbourg. The event will be held in a video conference format.

"Greece will take over from Georgia the Chairmanship of the Committee of Ministers of the Council of Europe for the next six months. Minister of Foreign Affairs of Georgia David Zalkaliani will take stock of Georgia’s Presidency and hand over to Alternate Minister for Foreign Affairs of Greece Miltiadis Varvitsiotis, who will present the priorities during his country’s Presidency", the Council of Europe website said.

According to the Georgian foreign ministry, as part of the chairmanship program, Georgia has taken relevant measures in the direction of all the main priorities.

At the same time, the Foreign Ministry noted that the COVID-19 pandemic was a difficult challenge for the organization, but thanks to the efforts of the Georgian Chairmanship and the support of the organization’s services, the Committee of Ministers resumed in early April using new methods, such as written procedures and video conferences.

Georgia headed the CE Committee of Ministers for the first time - it took over the chairmanship in November 2019 from France, which, in turn, received it in May of the same year from Finland.

Georgia became a member of the Council of Europe on April 27, 1999. Today, the organization, which was founded in 1949, includes 47 states.