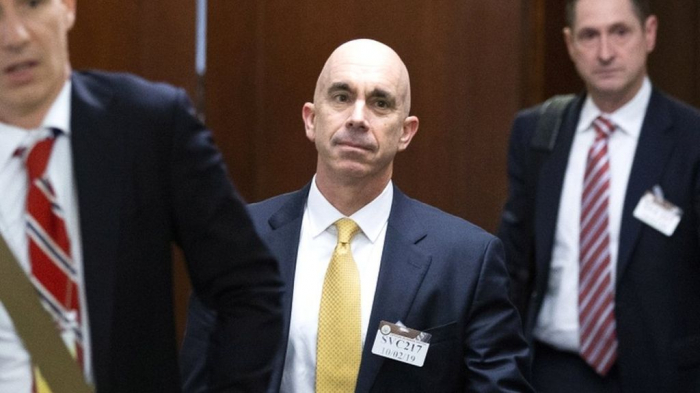 The US state department's inspector general, Steve Linick, has become the latest senior official to be fired by US President Donald Trump, BBC reported.

Mr Trump said Mr Linick no longer had his full confidence and that he would be removed in 30 days.

Democrats say Mr Trump is retaliating against public servants who want to hold his administration to account.

"It is vital that I have the fullest confidence in the appointees serving as inspectors general. That is no longer the case with regard to this inspector general," Mr Trump is quoted as saying in a letter sent late on Friday to House Speaker Nancy Pelosi, US media report.

Not long after Mr Linick's dismissal was announced, the chairman of the House Foreign Affairs Committee said Mr Linick had opened an investigation into Secretary of State Mike Pompeo.

"This firing is the outrageous act of a president trying to protect one of his most loyal supporters, the secretary of state, from accountability," Eliot Engel, a Democrat, said in a statement.

"I have learned that the Office of the Inspector General had opened an investigation into Secretary Pompeo. Mr Linick's firing amid such a probe strongly suggests that this is an unlawful act of retaliation."

Mr Engel did not provide any further details about the content of this investigation into Mr Pompeo.

Congressional aides, speaking on condition of anonymity, have been quoted in different media as saying that Mr Linick was examining complaints that Mr Pompeo may have improperly used staff and asked them to perform personal tasks.

Mr Linick, a former prosecutor, was appointed by Mr Trump's predecessor, Barack Obama, to oversee spending and detect mismanagement at the state department.