Role of state committee on work with diaspora and establishment of U.S-Azeri Network 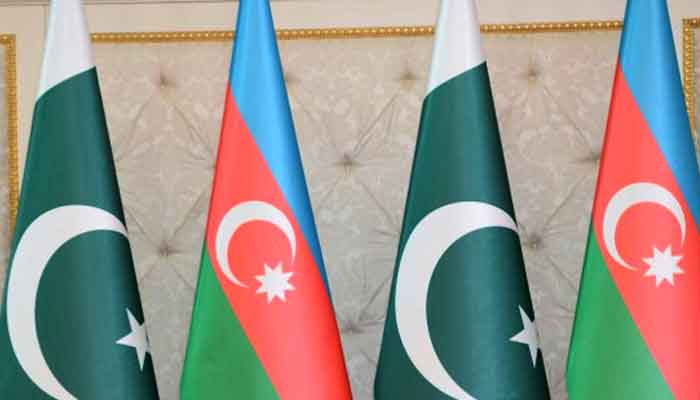 The word diaspora is an ancient Greek word. It means dispersal or getting scattered. It dates back to Greek military campaigns of conquests. During these expeditions, soldiers settled in different occupied areas.

Compatriots living overseas as a community preserving national culture, origin and developing it, they preserve relations with motherland form diaspora. The basic characteristic of any diaspora includes it should be dispersed from the place of origin. Second, preserve emotional attachment with their homeland; third believed that the new country will not accept diaspora; the fourth view that return to the homeland is inevitable; fifth commitment to support homeland and; the sixth presence of memory about the homeland.

The significance and inherited potential benefits of the Azeri diaspora were well realized by the Great Leader of Azerbaijan Heyder Aliyev in 1993. He believed that Azeri diaspora could be a political asset for the country. Heyder aspired to unite, provide a meaningful platform to compatriots and benefit Azerbaijan by utilizing the potentials of diasporas to lobby in the host countries either to accrue or preserve national interest in the globalized world.

Aliyev realized that the more Azeris living abroad the better it is for Azerbaijan. Conversely, plans for diaspora were born. Prominent characteristics of the policy orchestrated by President Heyder Aliyev includes to evolve, strengthen and preserve relations between the periphery (diaspora) and the core (homeland). Protect national identity, political and cultural rights of compatriots, utilize diasporas potential in preserving or acquiring Azerbaijan’s national interests. Provide a platform to diasporas across the globe, create a sense of unity, strengthen their relations, set common goals, common ideas and connect their activities. On May 23, 2001 Haider Aliyev issued a decree about the First Congress of the World Azerbaijanis. First Congress was held on November 9, 10. Participants of the Congress proposed the creation of a special state body to organize systematic work of diasporas. President Heyder Aliyev issued a decree for the creation of “State Committee on the Affairs with the Azerbaijanis Living in Foreign Countries,” from July 5, 2002. On November 19, 2008 the incumbent President Ilham Aliyev issued Presidential Order No. 54 for the establishment of “the State Committee on Work with Diaspora.”

Mr. Faud Maradov the Chairman of the State Committee on Work with Diaspora of the Republic of Azerbaijan in an exclusive interview with Azeri Observer Magazine stated that the most significant task of the Committee is to achieve closer cooperation and coordination of Azeri compatriots living abroad. Committee reached diaspora heads in 2019 across Europe, Asia and America. It energized the Azeris in Europea and resulted in the establishment of eleven councils in the European Union (EU) to cover 27 European countries. Councils aim at increasing the efficiency of Azeri diaspora, coordinate and achieve goals. The State Committee organizes Youth Summer Camp in collaboration with Fund for Support to Azerbaijani Diaspora and Youth Winter School in Brussles. It serves two purposes firs to bring Azerbaijani diaspora spread across the globe in closer contact. Secondly, to familiarize the diaspora with Azerbaijan history. Committee broadcasts “the Homeland is Not Faraway,” twice a month on public tv to highlight the activities of compatriots living abroad, events organized by diaspora committees and State Committee activities. The Committee virtually connects over 531 diaspora organizations across the globe. It updates the data of these organizations on daily basis. Committee runs a programme “brain gain.” It enables bright Azeris to visit Azerbaijan and hold meetings with the administration and students

Several million Azeris are living across Asia, Europe and America in over seventy countries. Mehriban Aliyeva, the First vice-president of the Republic of Azerbaijan and the President of the Heydar Aliyev Foundation are running four schools named “Karabakh,” in France, Switzerland, Sweden and Poland. Karabakh schools are promoting Azerbaijani language, literature, history, and culture in Azerbaijani children growing up in foreign countries. These schools help them retain their national identity. The Committee prepared a book to preserve Azeri language by teaching it in Karabakh Schools abroad.

President Ilham Aliyev emphasized that Azeri-American diaspora need a platform. Aliyev believed it will energize Azeri-Americans, prevent Armenian-Americans from distorting facts and Azerbaijani history. Armenia has established a national museum in Yerevan This need was realized keeping in view the efficacy of Armenian-American advocacy groups. Armenian groups were influencing and shaping debates in the US.

The USAN group evolved its goals in the light of President Aliyev’s directions. The foremost aim of the diaspora network is to counter Armenian influence in Washington. Secondly, an important goal of the USAN is to connect and inform voters about registration and voting processes in an attempt to increase the voter's turnout. It aims at connecting Azeri-American voters in pursuit to promote a Pro-Azeri agenda in Washington. USAN agenda is to increase US aid to Azerbaijan, elimination of humanitarian aid to the occupied Nagorno-Karabakh region, the withdrawal of Armenian occupation forces from Karabakh and recognition of the mass massacre of Azerbaijanis by Armenians in 1918 and the Khojaly Massacre in 1992. Surprisingly the Armenian government alleges Azerbaijan’s forces for the 1992 massacre. USAN significant achievement includes Nevada Governor Jim Gibbon’s proclamation to recognize March 31 as "Azerbaijani Remembrance Day." Proclamation defines Nagorno-Karabakh region Azerbaijan’s sovereign territory.

Azerbaijani/American Alliance is another platform of Azeris in the US. It is a non-governmental Azeri platform to bridge the gap between Azerbaijani diaspora in the US and Americans. Alliance convenes workshops, seminars, conferences, academic discussions, political discourse and cultural programmes.

Azerbaijan Society of America was established in 1957 by Naghi Sheykhzamanli. It was the 1st Azerbaijani/American organization in the US. Sheykhzamanli was an Azerbaijani political figure known for his role as the leader of the Azerbaijan Democratic Republic’s counterintelligence service.

In conclusion, all migrant groups cannot be called as diasporas. Several sociologists believe that to be reorganized diasporas have to emerge from trauma. Jewish diaspora e.g. emerged from a trauma. The significant aspect of Azerbaijani diaspora is it did not emerge from trauma. It cannot be equated with typical types of diasporas that emerged from imperialism, trade or labor. Azeri diaspora has over 531 separate representative organizations. It enjoys transnational solidarity, common language and culture owing to the vision of Heyder Aliyev. He laid the foundation State Committee on the Affairs with the Azerbaijanis Living in Foreign Countries to unite Azeris. Today, its successor the State Committee on the Work with the Diaspora is in close contact with the diaspora across the world. The committee organizes events, set policy guidelines of the diaspora and helps the government of Azerbaijan to achieve its foreign policy objectives. Azerbaijani diaspora across the globe accepts the Republic of Azerbaijan. Founder of modern-day the Republic of Azerbaijan Heyder Aliyev’s vision continues to guide the state of Azerbaijan. The Azeri nation conferred Heyder Aliyev as a Great leader in recognition of his services for the nation.

This is a special article was written by the team of experts of CGSS about state Dispora Committee of Azerbaijan. Long live Pakistan - Azerbaijan friendship.