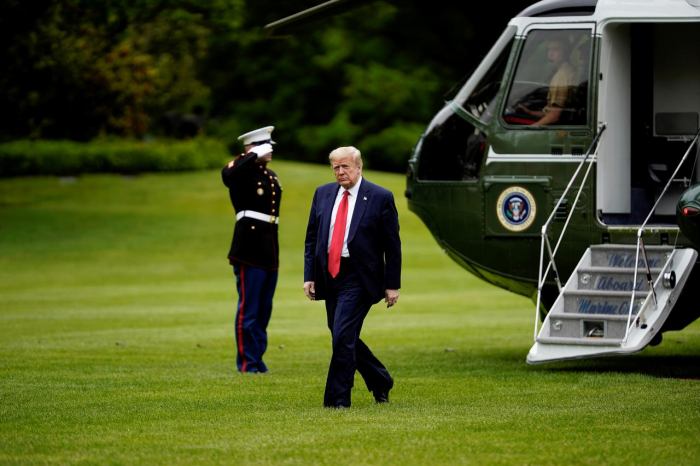 President Donald Trump on Monday nominated a federal prosecutor in Ohio to become the next U.S. Attorney for the District of Columbia, succeeding one who has faced growing criticism over his handling of criminal cases involving the president’s allies.

Shea will become the head of the Drug Enforcement Administration, said an administration official who spoke on the condition of anonymity to disclose a plan that had not been made public yet.

The White House said Justin Herdman, the current U.S. Attorney for the Northern District of Ohio, will be nominated to Shea’s current role for the District of Columbia.

Shea’s term as interim U.S. Attorney is close to expiring. Trump has kept many appointees on acting or interim status, which allows him to avoid seeking Senate confirmation but also limits their time in their posts.

In February, Shea was involved in a decision to abruptly scale back the sentencing recommendation for Stone. The line prosecutors who argued the case before the jury all withdrew in protest, with one also resigning from the Justice Department.

Earlier this month, the Justice Department sought to dismiss the false-statement criminal charge against Trump’s former national security adviser Flynn, who had previously pleaded guilty twice to lying to the FBI about his contacts with former Russian ambassador Sergey Kislyak.

The career prosecutor on that case also withdrew. Shea was the sole signer on the brief seeking to dismiss the charges.